wrote in The Grand Chessboard,

published in 1997 (http://www.takeoverworld.info/Grand_Chessboard.pdf): “Eurasia is the chessboard on which the struggle for global primacy continues to be played.” China’s New Silk Road strategy certainly integrates the importance of Eurasia but it also neutralizes the US pivot to Asia by enveloping it in a move which is broader both in space and in time: an approach inspired by the intelligence of Weiqi has outwitted the calculation of a chess player.”
“The chronicle by Japanese writer Kawabata Yasunari (1899-1972) of an intense intellectual duel, translated in English as The Master of Go, 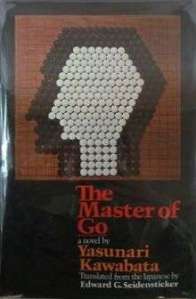 contributed to the popularity of the game in the West, but Weiqi is a product of the Chinese civilization and spread over time in the educated circles of Northeast Asia. Kawabata, who viewed the Master as one of his favorite creations, knew that for China the game of “abundant spiritual powers encompassed the principles of nature and the universe of human life,” and that the Chinese had named it “the diversion of the immortals.”
(http://www.huffingtonpost.com/david-gosset/weiqi-versus-chess_b_6974686.html)

Several years ago I contrasted the number of players in the US Chess Open with the number of players in the US Go Congress, posting the findings on the United States Chess Federation forum, and was excoriated for so doing, except for one person, Michael Mulford, who put the nattering nabobs of negativism to shame by congratulating me for “good work.” Basically, the numbers showed Chess losing players while Go had gained enough to have caught up with, and surpassed, Chess. It has continued to the point that if one thinks of it as a graph, with Chess in the top left hand corner; and Go in the bottom left hand corner, an “X” would appear.

I have spent some time recently cogitating about why this has come to pass. Certainly world Chess (FIDE) being administered as a criminal enterprise for at least a quarter of a century has not helped the cause of the Royal game. It has not helped that members of the USCF policy board have stated things like it being better to work within a corrupt system than to leave the corrupt system. See my post, Scott Parker Versus Allen Priest, of November 29, 2017 (https://xpertchesslessons.wordpress.com/?s=alan+priest)

Now that the bank account of FIDE, the world governing body of Chess, has been closed I do not foresee anything but further decline for the game of Chess. IM Malcolm Pein, 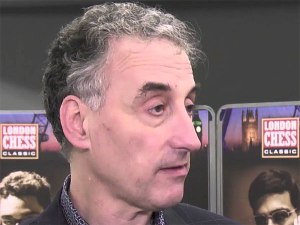 Mr. Everything tin British Chess, commented for Chessdom, “The statement from the FIDE Treasurer was alarming to say the least, but not totally unexpected. As the statement said, we had been warned. All legal means should be used to remove Ilyumzhinov

from office as soon as possible. Taking away his executive authority has not been good enough for the bank and FIDE will experience difficulty finding another institution to handle it’s accounts and this threatens the viability of the organisation. ((http://www.chessdom.com/trouble-for-chess-as-swiss-bank-account-closed/))

From my experience, GO players are far friendlier and more polite than Chess players, who are prone to both trash talk and to gloating after a win. This is especially true for club players and younger players. Chess players may engage in gamesmanship to psych out their opponent. I’ve known quite a few superb Chess players that were real nut cases. More than just a few, actually.

That has not been my experience with GO players. GO players are almost always successful and well-adjusted outside of GO. GO players are willing to say with sincerity that they enjoyed a game that they just lost. I don’t recall a Chess player ever being so gracious.

The nature of the game is a good indicator of the personality of the players that like them. Chess is an attacking game in which you try to control the center. It’s very direct and may be over quickly if a player makes a mistake. The idea of a “Checkmate” is like a home run or a touchdown. It’s a sudden and dramatic moment that appeals to a particular type of person.

Chess appeals to people who like to attack and who savor the win over the process.

GO, on the hand, is a slower game which starts at the corners and edges and only gradually moves to the center. It’s extremely complicated, but in a subtle way. GO strategy is indirect. It’s a game of influence and efficiency more than a game of capture. The best players are those that know how to sacrifice pieces for territory elsewhere or to take the initiative. Making tradeoffs are key. There’s usually no “checkmate” type moment or fast victory.

GO is a game of patience and position. It appeals to very bright people who don’t expect to win quickly but who are willing to earn success one small step at a time. GO players enjoy the process as much as the win.
(https://www.quora.com/What-do-chess-players-think-of-Go-and-Go-players)

There are many Chess players involved with Go. Natasha Regan,

a Woman Chess International Master who has represented the English women’s team at both Chess and Go, says: “When I learnt Go I was fascinated. It has a similar mix of strategy and tactics that you find in Chess and, with just a few simple rules, Go uncovers a whole new world of possibilities and creativity. Chess players may also find that they can use their Chess experience to improve in Go very quickly. I highly recommend learning this ancient but ever new game!” (https://www.britgo.org/learners/chessgo.html)

Consider, for example, this by Mike Klein: “Many cultures have nationally popular strategy games, but rarely do top chess players “cross the streams” and take other games seriously. That is not the case with GMs Tiger Hillarp Persson and Alexander Morozevich,

who long ago claimed the top title in chess, and who both now take go somewhat seriously.” (https://www.chess.com/news/view/chess-go-chess-go-morozevich-beats-tiger-in-dizzying-match-2272) Check out Tiger’s website and you will see annotated Go games along with Chess games (https://tiger.bagofcats.net/). Chess Grandmaster Alexander Morozevich 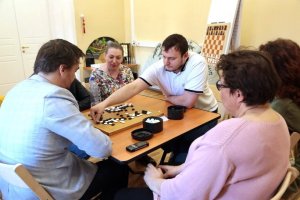 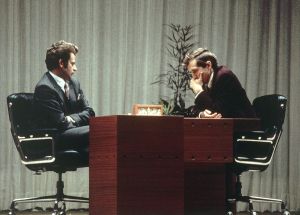 The number of people playing Go has increased dramatically in the past few years. After the world-wide release of a new movie about Go, The Surrounding Game, 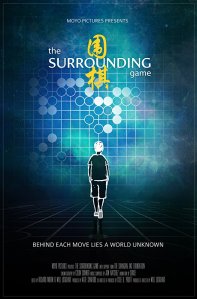 the number of people playing Go will increase exponentially. In a very short period of time the game of Go will be unrivaled, leaving all other board games in its wake. 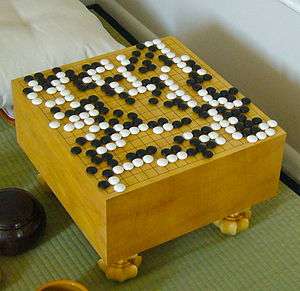 Sometime around 1980 a place named Gammons opened in the Peachtree Piedmont shopping center located in the section of Atlanta called Buckhead, the “high-end” district of Atlanta. In was a restaurant/bar, which contained tables with inlaid Backgammon boards.

I quit my job at a bookstore and began punching the proverbial time clock at Gammons, which closed at four am. The Backgammon craze burned brightly for a short period of time, as do most fads, such as putt-putt. Few remember the time when putt-putt was so popular it was on television, and the professional putters earned as much, if not more, that professional golfers.
(http://www.nytimes.com/2005/07/24/magazine/putting-for-the-fences.html)

Although quite popular for centuries, Chess lost its luster after the human World Chess Champion, Garry Kasparov, was defeated by a computer program known as Deep Blue,

a product of the IBM corporation. The defeat by AlphaGo, a computer program from Google’s Deep Mind project, of first Lee Sedol, 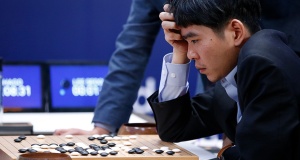 one of the all-time great Go players, and then Ke Jie,

currently the top human Go player in the world, has, unlike Chess, been a tremendous boon for the ancient game of Go, which is riding a crest of popularity, while interest in Chess has waned.

I have wondered about the situation in the world considering the rise of China and the decline of the USA. 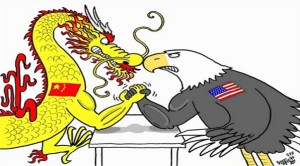 For example, consider these headlines:

Also to be considered is the stark difference between the two games. It could be that the people of the planet are moving away from the brutal, war like, mindset of a war like game such as Chess and toward a more cerebral game such as Go.

“While in chess or in Chinese chess (xiangqi)

the pieces with a certain preordained constraint of movement are on the board when the game begins, the grid is empty at the opening of the Weiqi game. During a chess game, one subtracts pieces; in Weiqi, one adds stones to the surface of the board. In the Classic of Weiqi, the author remarks that “since ancient times, one has never seen two identical Weiqi games.”

“In Written in a Dream, the polymath and statesman Ouyang Xiu (1007-1072), a magister ludi, captures the depth and mystery of Weiqi: “The Weiqi game comes to an end, one is unaware that in the meantime the world has changed.”
http://www.huffingtonpost.com/david-gosset/weiqi-versus-chess_b_6974686.html