A Georgia bar owner removed $3,714 worth of bills stapled to the walls to give to her unemployed staff

(CNN) Before the coronavirus pandemic, Jennifer Knox would walk into her bar and soak in the sounds of people chatting while sipping on their drinks and listening to local musicians strum along on their guitars.
Now, her restaurant, The Sand Bar — located in Tybee Island, Georgia — is quiet, with no customers or employees in site.
Like many other restaurants, The Sand Bar had to close its doors after officials put stay-at-home orders in place and mandated restaurants switch to takeout and delivery only. The restrictions, put in place to help control the spread of the virus, also left businesses — including Knox’s — struggling financially.
As she sat in her empty bar at the end of March and looked around, she realized there was an opportunity to help her now unemployed staff.

“We were sitting there doors locked and I’m like oh my gosh, ‘there’s money on the walls and we have time on our hands,” she told CNN, referring to the bar’s decor. “‘We gotta get this money down.'” 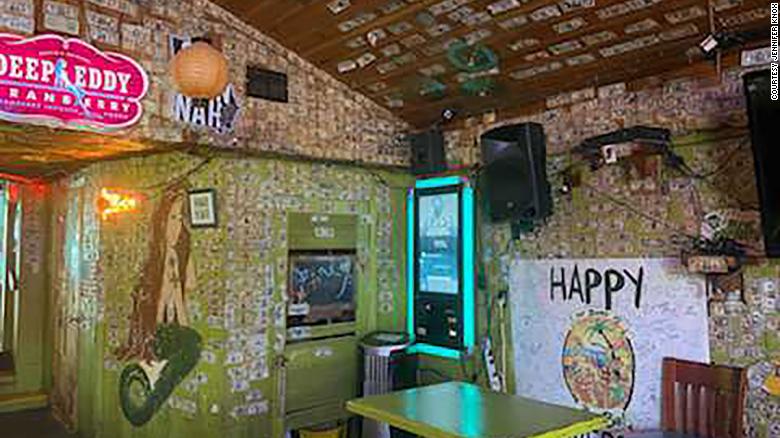 Some of the money has been there for over a decade.

For nearly 15 years, patrons have been leaving their mark on the island bar by writing on a dollar bill and stapling it on the walls and ceilings. Knox just celebrated her six-year anniversary of owning the bar.
Knox, who worked as a bartender at the bar for seven years before owning it, now runs the bar with her mother, Pam Hessler.
“I can’t just sit here and do nothing,” Knox said of the decision to take down the dollar bills to try and help her employees. “I’ll do what I can for my people.”
Over the next three and a half days, five volunteers took on the tedious task to help gently take down the weathered money. Some bills had dozens of staples in them, according to Knox. Some of the currency came from countries across the globe.
After the bills were taken down, it took about a week and a half to clean them off and get them counted. In total, $3,714 were collected and the stacks of bills stretched in piles across the entire bar counter top.

Over a span of three days, a Tybee Island bar removed $3,714 worth of bills stapled to their walls to give to their unemployed staff. 📸Jennifer Knox of The Sand Bar pic.twitter.com/Aiz2NBCPxy
— Amanda Jackson (@AmandaJ_TX) April 8, 2020

After hearing about Knox’s act of giving back, several customers donated to the cause. In total, Knox was able to distribute $4,104 to her staff. Four bartenders and two musicians each were given $600, she said.
Tybee Island, one of Georgia’s most popular vacation destinations, depends on beachgoers to keep the town’s economy alive. The town has a population of about 3,000 people.
Knox said that March was the beginning of their busy season coming out of winter. Now, like everywhere else, their business is on hold, and Knox remains unsure of what the future holds.
In the spirit of giving, one of the bartenders decided to donate her portion to another Tybee Island bartender. Knox wants to continue to give back to the small island’s service staff. She is still collecting donations to distribute.
“We all look out for each other,” she said. “We are all in this together.”
Knox said she is hopeful that The Sand Bar will reopen when all is over. 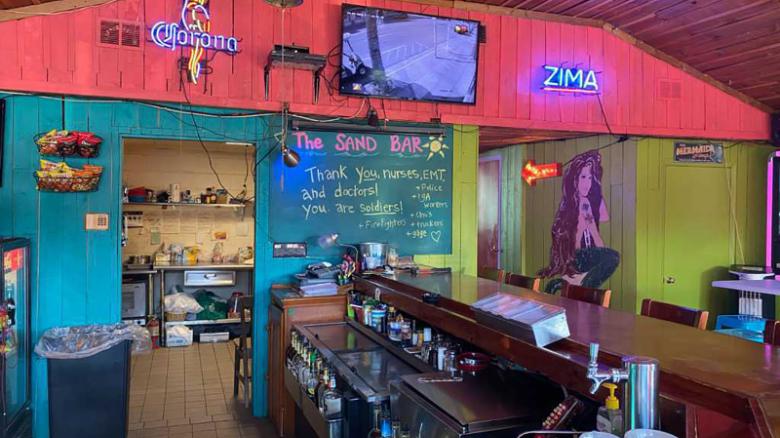 When patrons do return to have a cold beverage after relaxing on the beach, they’ll notice a fresh coat of bright colored paint replaced the wallpaper of dollar bills.
While Knox is unsure if the stapling of the money on the walls will continue, she said she is thinking of a different plan for customers to leave their mark. 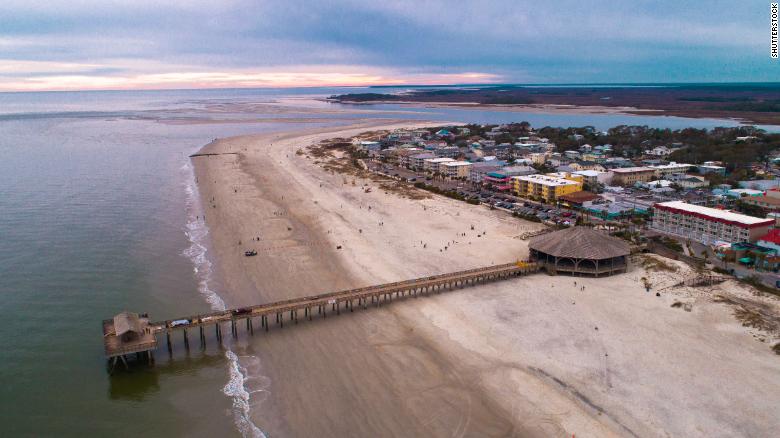 (CNN) Tybee Island, one of Georgia’s most popular vacation destinations, depends on beachgoers to keep the town’s economy alive.
But in an effort to curb the coronavirus, the city council voted to close the beaches March 20. The town went so far as to put up barricades and signs to keep beachgoers away.
The town’s good intentions were upended on Thursday when Gov. Brian P. Kemp

Georgia’s Governor Says He Just Learned About How Coronavirus Spreads. He’s Either Lying or Incompetent

issued a statewide shelter-in-place executive order which supersedes all local orders relating to coronavirus — and also opened up the state’s beaches.
The governor put Tybee Island back in the beach business — whether the town liked it or not. 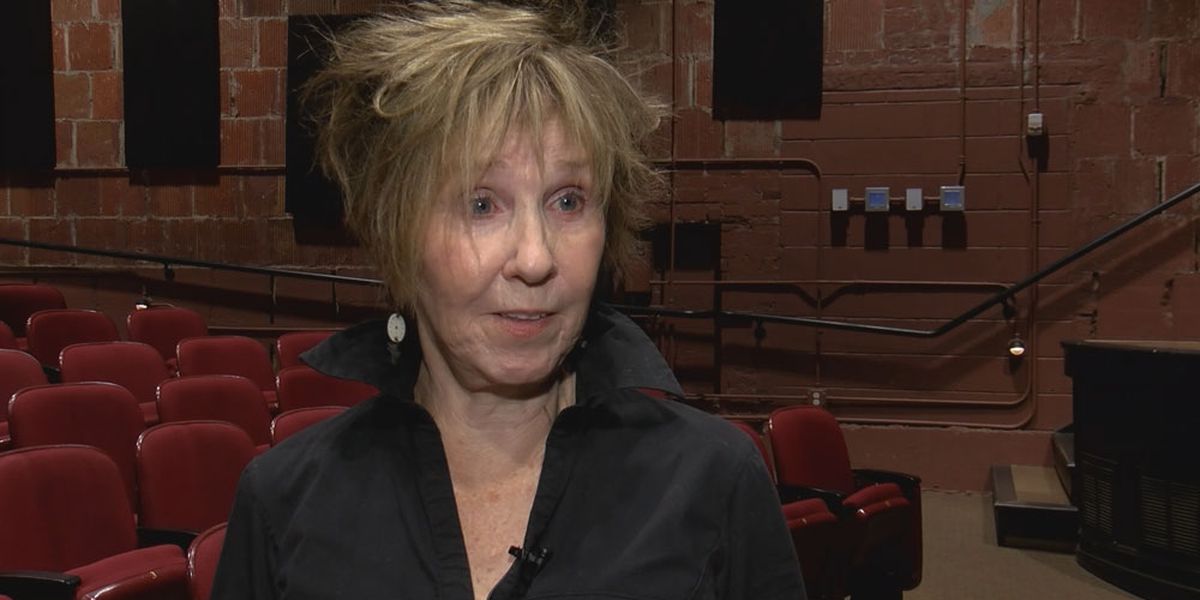 fired back on Saturday, issuing a statement saying she and the town council don’t want the beaches reopened now.
“As the Pentagon ordered 100,000 body bags to store the corpses of Americans killed by the Coronavirus, Governor Brian Kemp dictated that Georgia beaches must reopen, and declared any decision-makers who refused to follow these orders would face prison and/or fines,” Sessions’ statement read.

“Tybee City Council and I are devastated by the sudden directives and do not support his decisions. The health of our residents, staff and visitors are being put at risk and we will pursue legal avenues to overturn his reckless mandate.”

In a video posted on Facebook, Sessions asked people to voluntarily stay away from Tybee Island’s beaches.
She said Kemp’s decision caught Tybee off guard and the town hasn’t had time to take down the beach barricades or open up the parking lots.
The town doesn’t have the personnel to enforce social distancing on the beach, she said, encouraging residents to shoot videos if they see people standing too close together on the beach.
“We’re at a very precarious situation,” she said in the video.
Tybee Island is located near Savannah and has a resident population of about 3,000 people.

Kemp has already already been criticized for issuing his executive order so late in the game.
He explained he and state officials were just “finding out that this virus is now transmitting before people see signs,” despite publicly available findings that have circulated for weeks about such risks. 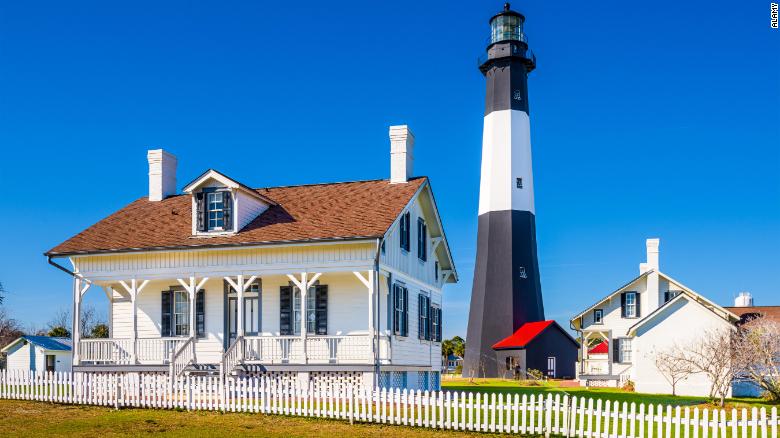