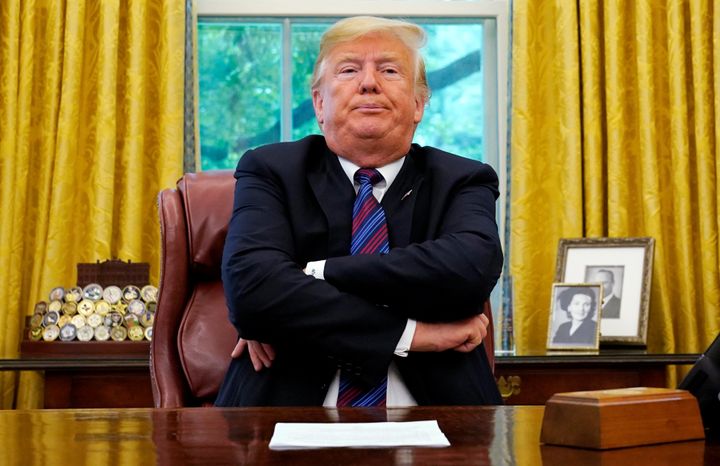 Michigan Republican Mayor Who Voted For Trump Switches To Biden: ‘Even More Deranged Now Than I Thought Then’

The Chicago Tribune has released a profile on Michael Taylor,

mayor of Sterling Heights, MI, which is situated in the middle of Macomb County, where many midwestern voters supported Trump in 2016 after voting for Barack Obama twice. Taylor has established himself as a prominent local Tea Party figure, who has always voted Republican, but he confirmed he will support Biden in the Michigan primary and the 2020 election.

Michigan Republican Mayor Who Voted For Trump Switches To Biden: ‘Even More Deranged Now Than I Thought Then’

Farmer: Trump is backstabbing the people who elected him

CNN’s Vanessa Yurkevich takes a closer look at how the US-China trade wars are negatively impacting farmers in Pennsylvania, and how this can ultimately sway President Donald Trump’s chances of reelection in 2020.

on Pres. Trump: ‘I think he’s still a puppet for Vladimir Putin’

“Virtually anytime I speak on the phone to a foreign leader, I understand that there may be many people listening from various U.S. agencies, not to mention those from the other country itself. No problem!” Trump tweeted.
“Knowing all of this, is anybody dumb enough to believe that I would say something inappropriate with a foreign leader while on such a potentially ‘heavily populated’ call.” – TrumpTweet

Death blows, ends you like fear
Death blows, rapes you like a god
The shower of nihilism is pouring over the world
After all the flesh, bones & blood is burned out
Now the world is full of the symbol of absence
Absolute speed to the endless death

“So incoherent is the Trump administration’s economic policy that no lesser a figure than Bill Dudley, a former president of the Federal Reserve Bank of New York, has said that America’s central bank should treat the prospect of President Trump’s re-election as a threat to the United States and the world economy.”

Some Men Just Want to Watch the World Burn

Some Men Just Want to Watch the World Burn

Nikki Haley says the UN loves Trump: ‘The media got this so wrong’

said reporters got it wrong when they said U.N. leaders laughed at President Trump after he said he has accomplished more than most U.S. presidents.

After that comment at the U.N. General Assembly, a murmur ran through the crowd, prompting Trump to react by saying, ” so true.” Attendees broke into laughter then, and many press reports said the group was laughing at Trump’s claim.

But Haley said the audience was laughing because Trump was being so honest with them.

The media got this so wrong,” Haley said on Fox News.

“I deal with these leaders every single day. I know exactly how they think,” she said. “Do they love America? No. Do they respect America? Now they do.”

“When he said that, they loved how honest he is, and it’s not diplomatic, and they find it funny,” Haley said.

She said U.N. leaders aren’t used to being spoken too so honestly, and were “taken aback” by Trump’s remarks. She also said the U.N. crowd loves being around Trump.

“All day yesterday, they were falling over themselves to get a picture with him, to talk about how great his speech was, how strong it was,” she said.

“Whether he said good things about them or not, they love that he’s honest with them, and they’ve never seen anything like it,” she said. “And so there’s a respect there.”

“I saw that the media was trying to make it something disrespectful. That’s not what it was,” Haley said. “They love to be with him, that’s the only time you’ll see that entire chamber standing room only.”