I usually spend a considerable part of each day reading, and writing. Since there are so many books I would like to read, and so little time, I now read many book reviews in lieu of actually reading the book. The following is part of a review recently read with the book now placed on my roundtoit list, as in, “If I live long enough I’ll get aroundtoit.”

is a former poet laureate of the United States. Donald and I had in common a love of Baseball. The game has changed dramatically in recent years and watching Major League Baseball has become tediously boring, yet after reading the following review I reflected on something that has stuck in my memory. A dying man, when asked what he would miss, included in his answer, “Watching a meaningless regular season Baseball game.”

When young the Saturday Game of the Week was a highlight of my week. I can still hear the announcers, Dizzy Dean,

who would often sing the song Wabash Canonball, and Pee Wee Reese, 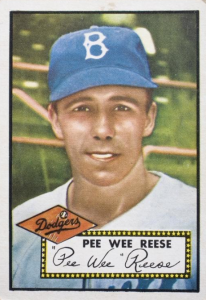 even though I have tinnitus. Yesterday the Saturday Game of the Week was on Fox, and I loathe everything Fox, but the game was between the Philadelphia Phillies and the Atlanta Braves. If the Braves won the game they would clinch the eastern division of the National League. I decided to watch the game while holding my nose, if you get my drift…The Braves won. I realize we now root, root, root for the uniforms of the home team, but that uniform has Atlanta on it, and I am from the Atlanta area of the Great State of Georgia. Go Braves!

Sentiment Without Sentimentality
by John Wilson
9 . 14 . 18

Even in antiquity, some writers lived to a ripe old age. (Sophocles was ninety or ninety-one when he died.) Until recently, though, they were the exception rather than the rule. Today, many have continued writing into their eighties (Ursula K. Le Guin and P. D. James, for example) and even their nineties (Czesław Miłosz comes to mind). Readers are living longer too, of course. Maybe we’ll soon have a new literary category, Old Adult, to match Young Adult. A major publisher and a commercial enterprise with a vested interest in the elderly could work together to get this category off the ground, establishing a hefty annual prize for the best OA novel.

A Carnival of Losses: Notes Nearing Ninety, Donald Hall’s splendid miscellany, was published in July, just a couple of weeks after his death at age eighty-nine. Although he was best known as a poet, I’ve always preferred his prose. There is no continuous narrative in A Carnival of Losses, and only a perfunctory gesture at organizing the contents: What we get is precisely what the subtitle promises, and I rejoice in it. Speaking from the vantage of a seventy-year-old, I am already familiar with the associative leaps and seeming arbitrariness of the aging mind: a nuisance in some respects but a boon in others.

Years ago in the Times Literary Supplement, Gore Vidal sneered at academics afraid to say what they really thought, and gloried in his own freedom. I didn’t care for Vidal, but what he said there was largely true: Old age confers a certain freedom to say what one thinks. Of course it matters whether what’s said is of any interest, and no points are awarded for boorish “plain speaking.” Handing out compliments, teasing, settling scores, relishing the sheer oddity of the individual human being, Hall is unfailingly interesting and rarely boorish, if occasionally a bit unkind.

When old people in America aren’t invisible, they tend to be sentimentalized or used as counters in this or that argument.

John Wilson is a contributing editor for The Englewood Review of Books.

I urge you to read all of the review and also read the comments left by readers. In addition, please click on to reach the home page. You can thank me later…

The Seventh Inning
By Donald Hall
1. Baseball, I warrant, is not the whole
occupation of the aging boy.
Far from it: There are cats and roses;
there is her water body. She fills
the skin of her legs up, like water;
under her blouse, water assembles,
swelling lukewarm; her mouth is water,
her cheekbones cool water; water flows
in her rapid hair. I drink water

2. from her body as she walks past me
to open a screen door, as she bends
to weed among herbs, or as she lies
beside me at five in the morning
in submarine light. Curt Davis threw
a submarine ball, terrifying
to right-handed batters. Another
pleasure, thoroughly underrated,
is micturition, which is even

3. commoner than baseball. It begins
by announcing itself more slowly
and less urgently than sexual
desire, but (confusingly) in the
identical place. Ignorant men
therefore on occasion confuse beer-
drinking with love; but I have discussed
adultery elsewhere. We allow
this sweet release to commence itself,

4. addressing a urinal perhaps,
perhaps poised over a white toilet
with feet spread wide and head tilted back:
oh, what’delicious permission! what
luxury of letting go! what luxe
yellow curve of mildest ecstasy!
Granted we may not compare it to
poignant and crimson bliss, it is as
voluptuous as rain all night long

5. after baseball in August’s parch. The
jade plant’s trunk, as thick as a man’s wrist,
urges upward thrusting from packed dirt,
with Chinese vigor spreading limbs out
that bear heavy leaves—palpable, dark,
juicy, green, profound: They suck, the way
bleacher fans claim inhabitants of
box seats do. The Fourth of July we
exhaust stars from sparklers in the late

6. twilight. We swoop ovals of white-gold
flame, making quick signatures against
an imploding dark. The five-year-old
girl kisses the young dog goodbye and
chases the quick erratic kitten.
When she returns in a few years as
a tall shy girl, she will come back to
a dignified spreading cat and a
dog ash-gray on the muzzle. Sparklers

7. expel quickly this night of farewell:
If they didn’t burn out, they wouldn’t
be beautiful. Kurt, may I hazard
an opinion on expansion? Last
winter meetings, the major leagues (al-
ready meager in ability,
scanty in starting pitchers) voted
to add two teams. Therefore minor league
players will advance all too quickly,

8. with boys in the bigs who wouldn’t have
made double-A forty years ago.
Directors of player personnel
will search like poets scrambling in old
notebooks for unused leftover lines,
but when was the last time anyone
cut back when he or she could expand?
Kurt, I get the notion that you were
another who never discarded

9. anything, a keeper from way back.
You smoked cigarettes, in inflation-
times rolled from chopped-up banknotes, billions
inhaled and exhaled as cancerous
smoke. When commerce woke, Men was awake.
If you smoked a cigar, the cigar
band discovered itself glued into
collage. Ongoing life became the
material of Kurtschwittersball.

Donald Hall – “The Baseball Players”
Against the bright
grass the white-knickered
players tense, seize,
and attend. A moment
ago, outfielders
and infielders adjusted
their clothing, glanced
at the sun and settled
forward, hands on knees;
the pitcher walked back
of the hill, established
his cap and returned;
the catcher twitched
a forefinger; the batter
rotated his bat
in a slow circle. But now
they pause: wary,
exact, suspended while
abiding moonrise
lightens the angel
of the overgrown
garden, and Walter Blake
Adams, who died
at fourteen, waits
under the footbridge.

This post is dedicated to my friend Dennis Fritzinger. 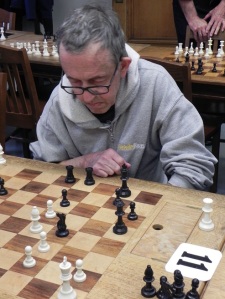