I applaud your decision to end the 2020 Candidates tournament while regretting the tournament has only been postponed in lieu of terminated. As I posted in a comment at ChessBase:

The tournament should have been declared null and void. As far as what happens in the future that should be determined in the future because the sad fact of the matter is that one, or some, of the participants may not be alive in the aftermath of the COVID-19 devastation. In addition, there is the question of whether or not Chess will survive in the future. People of the future may have much more important things, such as survival, to occupy their time.
https://en.chessbase.com/post/breaking-news-fide-stops-the-candidates-tournament

You and I are old, Vladimir. There is much more sand in the bottom of our hour glasses than the top. For those we leave behind I think of the immortal words of Dr. Martin Luther King, 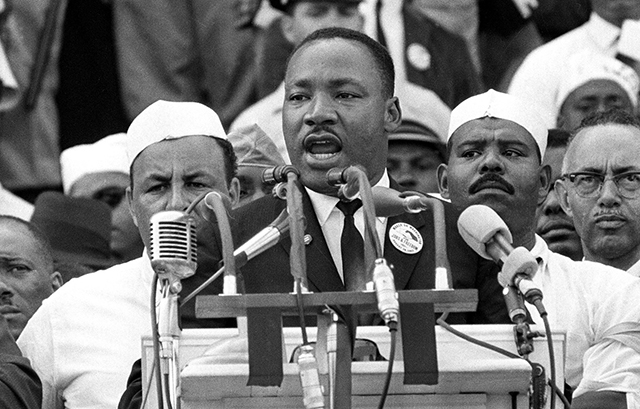 “We shall overcome.” (https://www.smu.edu/News/2014/mlk-at-smu-transcript-17march1966) Hopefully, the people of this planet will overcome this latest challenge.

I urge you to turn your swords into plowshares (https://biblehub.com/isaiah/2-4.htm), as I urge each and every other country to do the same. Be a force for good, not evil. It is time for the leaders of the world to, as the Beatles sang, “come together” in a spirit of cooperation. Give peace a chance. Be a force for construction, not destruction. As John F. Kennedy so eloquently said:

“Our most basic common link is that we all inhabit this planet. We all breathe the same air. We all cherish our children’s future. And we are all mortal.”

‘We Are the World’: A Minute-by-Minute Breakdown

Mandatory Credit: Photo by Alex Brandon/AP/Shutterstock (10576163e)
President Donald Trump speaks during a meeting about the coronavirus at the Centers for Disease Control and Prevention, in Atlanta
Trump Virus Outbreak, Atlanta, USA – 06 Mar 2020

President Trump is the master of saying the quiet part out loud, and on Friday he showed no signs of relinquishing that title.

While speaking at the U.S. Centers for Disease Control and Prevention in Atlanta, Trump said he would prefer not to allow the more than 3,500 people aboard the Grand Princess cruise ship onto American soil “because I like the [coronavirus] numbers being where they are.”

Trump blatantly admitted that his initial inclination was to leave the people on the ship, some of whom have tested positive for the coronavirus, solely because of how it would appear, but said he would yield to the wants of the federal health officials who are in charge of the crisis.

The president also continued to lie about the availability of coronavirus tests. “Anybody that needs a test, gets a test. They’re there. They have the tests. And the tests are beautiful,” Trump said. But both patients and doctors nationwide have complained about the lack thereof.

A LETTER FROM THE EDITOR

Why We Created The Bitter Southerner in the First Place

The essay below was originally published August 6, 2013, the night The Bitter Southerner was launched. In the years since, we have published a few other pieces to clarify the purpose of our publication. A year after our launch, for our first membership drive, we specified our vision and mission statements. After the 2016 presidential election, we promised to go deeper in our coverage, to call out those who would deny the rights of — or commit violence against — anyone they see as “the other.” We pledged to raise hell on the folks who deserve it, and at the same time to try our best to understand our region better, even if that means confronting the distasteful. But the essence of The Bitter Southerner remains exactly as we put it that August night in 2013:
If you are a person who buys the states’ rights argument … or you fly the rebel flag in your front yard … or you still think women look really nice in hoop skirts, we politely suggest you find other amusements on the web. The Bitter Southerner is not for you.
The Bitter Southerner is for the rest of us. It is about the South that the rest of us know: the one we live in today and the one we hope to create in the future.

This whole thing got started because I got pissed off. Bitter, as it were.

Here’s how it happened. My then-fiancée and I spent a week in New Orleans. We spent time with amazing barkeeps like Chris Hannah at Arnaud’s French 75, Kirk Estopinal at Cure and one of the granddaddies of the American cocktail revival, Chris McMillian at Bar Uncommon.

We drank very well. We heard great stories. We learned.

Shortly after we returned, Drinks International released its list of the top 50 bars in the world. Not a single bar in New Orleans — or anywhere in the South — was on the list. I felt a familiar twinge of bitterness. I remembered the first time I moved away from the South, to New York City, and learned that my accent could trigger certain negative assumptions. To my new NYC acquaintances, my twang equaled “dumb” or “backward” or worse. Of course, when people discovered that I was reasonably intelligent and could speak in complete sentences, their assumptions quickly melted away. I learned a lesson: Sometimes, you just gotta show people.

I decided somebody needed to show the world our region’s drinking secrets. So I rounded up a gang of co-conspirators — designers, photographers, videographers, whiskey geeks — with a plan to hunt down the South’s finest barkeeps and ask them to tell their stories. We would give them their due.

Then we started thinking: There’s a larger point here, a bigger story to be told.

You see, the South is a curiosity to people who aren’t from here. Always has been. Open up your copy of Faulkner’s 1936 masterpiece, “Absalom, Absalom!” Find the spot where Quentin Compson’s puzzled Canadian roommate at Harvard says to him, “Tell about the South. What it’s like there. What do they do there. Why do they live there. Why do they live at all.” ― WILLIAM FAULKNER / ABSALOM, ABSALOM!

It always comes down to that last bit: With all our baggage, how do we live at all? A lot of people in the world believe that most folks in the South are just dumb. Or backward. Just not worth their attention.

And you know what? If you live down here, sometimes you look around and think, “Those folks are right.” We do have people here who will argue, in all sincerity, that the Confederacy entered the Civil War only to defend the concept of states’ rights and that secession had nothing to do with the desire to keep slavery alive. We still become a national laughing stock because some small town somewhere has not figured out how to hold a high school prom that includes kids of all races.

If you are a person who buys the states’ rights argument … or you fly the rebel flag in your front yard … or you still think women look really nice in hoop skirts, we politely suggest you find other amusements on the web. The Bitter Southerner is not for you.

According to Tracy Thompson’s brilliant “The New Mind of the South,”

it’s been only two decades since Southern kids (including the entire Bitter Southerner crew) stopped learning history from censored textbooks, which uniformly glossed over our region’s terrible racial history. Even today, kids are studying texts that Thompson rightfully labels “milquetoast” in their treatment of Southern history.

And recent election results suggest that the Southern mind hasn’t evolved much, that we’re not much different from what we were in 1936, when Faulkner was struggling yet again with the moral weirdness of the South. Almost 80 years later, it’s still too damned easy for folks to draw the conclusion that we Southerners are hopelessly bound to tradition, too resistant to change.

But there is another South, the one that we know: a South that is full of people who do things that honor genuinely honorable traditions. Drinking. Cooking. Reading. Writing. Singing. Playing. Making things. It’s also full of people who face our region’s contradictions and are determined to throw our dishonorable traditions out the window. The Bitter Southerner is here for Southern people who do cool things, smart things, things that change the whole world, or just a few minds at a time.

The world knows too little about these people, which is, alas, another reason to be bitter. But it prompted us to create The Bitter Southerner™.

Last time I saw Patterson, we sat in his van outside Eddie’s Attic in Decatur, Ga.

We were talking about how his view had changed in the dozen or so years since he’d written that song.

To him, the 2012 election results brought clear evidence that we are moving into a more progressive era, and that our southern home might actually be following, however slowly. “We may actually wind up living in a more enlightened country,” he said, and laughed a little.

Still, the tension — the strain between pride and shame, that eternal duality of the Southern thing — remains. Lord knows, most folks outside the South believe — and rightly so — that most Southerners are kicking and screaming to keep the old South old. But many others, through the simple dignity of their work, are changing things.

Drive-By Truckers plays through the new record, American Band, in the opbmusic studio

We’re here to tell their stories. Over time, you’ll see many pieces about bartenders, because a) that’s where we started and b) we very much enjoy a great cocktail. After all, one Southern tradition worthy of honor is the act of drinking well. But we’ll also cover the musicians, cooks, designers, farmers, scientists, innovators, writers, thinkers and craftsmen. We’ll show you the spots that make the South a far better place than most folks think it is. You’ll also see essays, short stories and poems — pieces that Bitter Southerners like ourselves create as we wrestle with our region. And every now and then, we’ll give you a peek at the oddities that seem to happen only down here.

We hope you’ll want to contribute to The Bitter Southerner. In fact, we need you to. Right now, we have no budget and a staff of volunteers, so we’re starting in our hometown of Atlanta. But we know there are others out there like us, people with the skills to capture a good story, or create one. Tell us your ideas. Let us know who you are.

The stories are out there, all over the South. They deserve to be told.

Until we tell them all, we will remain as bitter as Antoine Amedie Peychaud.

Welcome to The Bitter Southerner.