A Brief History of ChessBoxer

For over a decade, Matt Menefee and Ross Holmes 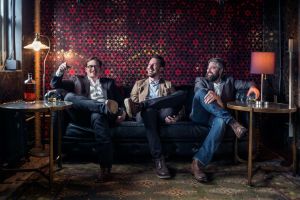 have been composing, imagining, and shaping the sounds of fiddle and banjo. As founding members of the progressive acoustic band Cadillac Sky, Matt and Ross have become part of a movement to expand the direction of acoustic/bluegrass music and venture into new areas of sound that have never been explored. As of February, 2015, ChessBoxer has added the wonderful artistry and groove of upright bass player, Royal Masat, who has been performing and collaborating with Matt and Ross since he was a teenager.

ChessBoxer is the boundary pushing, collaborative project by these three widely recognized musicians. 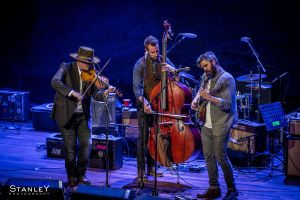 With an interest in symphonic music, Matt, Ross, and Royal have taken their orchestrated musical ideas and condensed them down to three instruments. Their technical form and knowledge of melodic structure has resulted in the creation of beautiful instrumental compositions, stories that evolve with each performance and listen. From their inspired original pieces, to traditional tunes of the American vernacular, arrangements of jazz, rock, classical, and world music, ChessBoxer is at the forefront of one of the most important renaissance periods of American music.
Individually and collectively, ChessBoxer has performed, recorded, and created music with many widely recognized musicians and bands all around the world. A partial list would include: Mumford and Sons, Dan Auerbach, Bruce Hornsby, Alison Krauss, Edward Sharpe and the Magnetic Zeros, Old Crow Medicine Show, Del McCoury, The Vaccines, Cadillac Sky, Zac Brown Band, Dierks Bentley, Josh Turner, Rend Collective, Lee Dewyze, Doc Watson, Ricky Skaggs, Jerry Douglas, Bela Fleck, Keith and Kristyn Getty, Vance Powell, Charlie Peacock, Markus Dravs, Matthew Wilder, Big and Rich, Charlie Mars, New Found Glory, Abigail Washburn, Willy Mason, Raghu Dixit, The Whistles & The Bells, DJ Poet, Carnegie Hall to the Hollywood Bowl, Glastonbury Fest to Bonnaroo, Red Rocks to the Gorge, Letterman to Leno, Australia, Asia, South America, Europe, Africa, and all across the US and Canada.