Editors note: “Peggy Drexler is a research psychologist and the author of “Our Fathers, Ourselves: Daughters, Fathers, and the Changing American Family” and “Raising Boys Without Men.” She is at work on a book about how women are conditioned to compete with one another and what to do about it. The opinions expressed in this commentary are hers. View more opinion on CNN.” 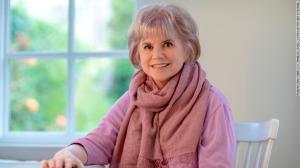 went head to head with Secretary of State Mike Pompeo 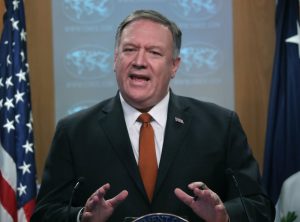 on Pompeo’s own turf. At a State Department event celebrating the year’s Kennedy Center honorees, of which Ronstadt is one, she did away with niceties and politesse and instead told Pompeo, the evening’s host and the country’s most senior diplomat, exactly what she thought of him, which is not very much.
Pompeo never saw it coming — although he set up the jab quite well. During his pre-dinner address, Pompeo referenced Ronstadt’s 1975 hit “When Will I Be Loved.” “Ms. Ronstadt,” he said, “thank you and congratulations. And I will say my job, as I travel the world, I just want to know when I will be loved?”

Later, when Ronstadt had the opportunity to take the microphone, she delivered her response. In front of more than 200 guests, Ronstadt, who has been an outspoken critic of the Trump administration, stood up and looked straight at Pompeo’s table and said, “I’d like to say to Mr. Pompeo, who wonders when he’ll be loved, it’s when he stops enabling Donald Trump.”