Why does the POTUS hold rallies? Trump Inc. has held rallies, which are political in nature, since becoming POTUS illegally by conspiring with the Putin and the Russians to defraud the United States of America.

The Trumpster has done so to “buck up the troops.” Support for the Insane Clown President has held steady at between 35 and 40%, which is about the same hard-core support the Nazi’s had before Hitler was thrust into power.

When Richard Nixon resigned as POTUS in 1974 his support had dropped to 25%. Think of it, one in every four voters said they still approved of the man who came to be known as “Tricky Dicky.” My aunt Margaret was one of those who still supported the Trickster. We had a discussion while drinking lemonade one hot summer afternoon after he left office. She later told her husband, Henry, a full-blooded Cherokee, “That Michael sure knows a lot about the current political situation. I will say this, he can back up his arguments with facts. I was surprised how objective he can be. I was shocked he knew so much about Nixon’s domestic agenda, for which he gives Nixon much credit.”

Hey, Nixon was not all bad for a crook. The same cannot be said about Donald PoppinJay Trump. 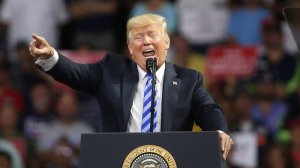 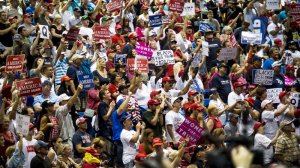 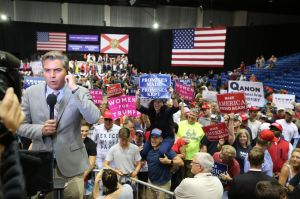 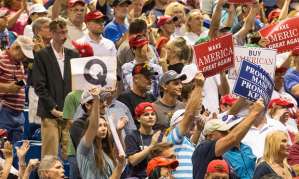 Why do the people who attend these “rallies” seem so angry? 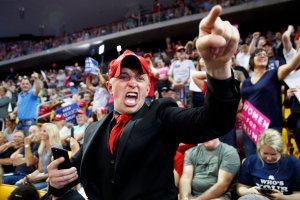 This is being passed to the next generation. 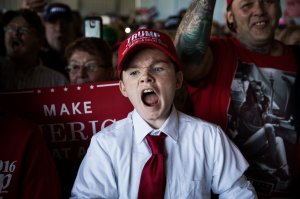 There was another infamous political party known for holding rallies.