My father was a Radioman for the U S Navy during Wordl War II. “Radioman (RM) was a rating for United States Navy and United States Coast Guard enlisted personnel, specializing in communications technology.” (https://en.wikipedia.org/wiki/Radioman) This was a time when “communications” were done using “Morse code is a method used in telecommunication to encode text characters as standardized sequences of two different signal durations, called dots and dashes or dits and dahs. Morse code is named for Samuel Morse, an inventor of the telegraph.” (https://en.wikipedia.org/wiki/Morse_code) After the war my father became what was called a “ham,” short for radio operator. It was his avocation allowing him to keep in touch with other former Radiomen, and other “hams.” “Amateur radio, also known as ham radio, is the use of radio frequency spectrum for purposes of non-commercial exchange of messages, wireless experimentation, self-training, private recreation, radiosport, contesting, and emergency communication. The term “amateur” is used to specify “a duly authorised person interested in radioelectric practice with a purely personal aim and without pecuniary interest;”[1] (either direct monetary or other similar reward) and to differentiate it from commercial broadcasting, public safety (such as police and fire), or professional two-way radio services (such as maritime, aviation, taxis, etc.).” (https://en.wikipedia.org/wiki/Amateur_radio)

My father would take me with him to something called a “Hamfest.” What I recall from those days was how nice to me were the other “hams.” He wanted me to get into ham radio and was disappointed when I showed little interest. Nevertheless, I listened, and learned. Three decades later I brought Gary Southerland, a Viet Nam vet and a chess playing “ham” to visit my father. They went down below to the radio room while I visited with my Mother. They were there for hours, with Gary eating lunch with my folks. On the way back to Gary’s apartment we talked about ham radio. Astounded at what I knew, Gary blurted, “You could be a HAM!” I disabused him of the notion by informing him I did not do Morse code.

Gene Nix is, among other things, Treasurer of the South Carolina Chess Association. Gene was nothing less than wonderful to me during my time in Greenville some time ago. Gene is also a retired Naval Officer, and a gentleman. Dean Creech lives in Greenville and found his way to Chess late in life. Before things took a drastic change for the worse Dean was playing, and directing tournaments in Greenville after retiring. Mr. Creech is also a Naval Officer.

Decades ago I met a young man through budding Doctor Frank Blaydes when he was attending classes at Georgia Tech. Jim R. was in Naval ROTC. When learning of my passion for the poetry for Robert Service, Jim R. purchased a large book containing three volumes of Service verse. After reading it Jim inscribed the book and gave it to me as a gift. He did this because, unlike most gamblers, I freely shared my approach to playing Backgammon. I did this because I was also a Chess player, and Chess players often shared their knowledge simply for the love of the game. Gamblers have an expression, “You’ve gotta pay to play.” For sharing with the younger fellows I was called “God.” Jim R. was chosen for submarine service. Many sailors want to become a part of the Submarine corp but few are chosen. Jim R. went into another world and I never saw him again. Frank became an MD. To be more specific, he was a GP, or General practitioner. In the medical profession, a general practitioner (GP) is a medical doctor who treats acute and chronic illnesses and provides preventive care and health education to patients. (https://en.wikipedia.org/wiki/General_practitioner) A GP is more commonly called a “Family Doctor.” This was at a time when most students were going into some kind of specialized care, which paid much more than a GP. Frank was from Hahira, Georgia, which is located in Southern Georgia. In order to cover more territory, because of the lack of Doctors in that part of our state, Frank learned to fly. While watching the news one evening I learned of the death of Frank Blaydes, MD, when his plane hit a tower in the fog. Needless to say, I was devastated.

These people put their lives on the line every day in service to our country. Some, like Jerry Waller, from my high school, was the battalion commander of three high school ROTC’s. Each year only one cadet is chosen to lead all three schools. He wanted to like General George Patton. Jerry died in Viet Nam and his name is the only one I know on the Viet Nam wall. I went to Central City Park when the mobile Viet Nam wall was there to view his name.

One of the boys who lived across the street from me, Tommy Twaites, joined the Army as Viet Nam was beginning. He died when loading a ship when something gave way and a couple of tons of material landed on him. Although this was during ‘Nam Tommy is not on the Viet Nam wall because he was stateside. The material was headed for Viet Nam.

I practically lived at a Boys Club while growing up. One of the adults working there was a young fellow on scholarship while attending Georgia Tech, a position I later earned. The first time we met he was reading a Model Railroad magazine. When asked if I could look at it, he replied, “You know something about model trains?” I told him about the gentleman who had lived next door to us who had a “layout” in his attic. I was the only boy in the neighborhood ever allowed in his “train room.” We bonded right then and there. I regret age has taken a tole and I can no longer recall his name, but I do know that he went to ‘Nam, and did not return.

These people I have known offered, and sometimes gave, their lives for this country. I dedicate this post to each and every one mentioned, and must include my friend, former Chess Champion of California, Dennis Fritzinger, who served in ‘Nam.

I urge you to read the following article. Unfortunately, the Captain is not the only one pleading for help which has not been forthcoming. In addition, if you deem it worthy, please forward it to someone you know, keeping in mind I do not, and have never earned one cent while writing this blog. 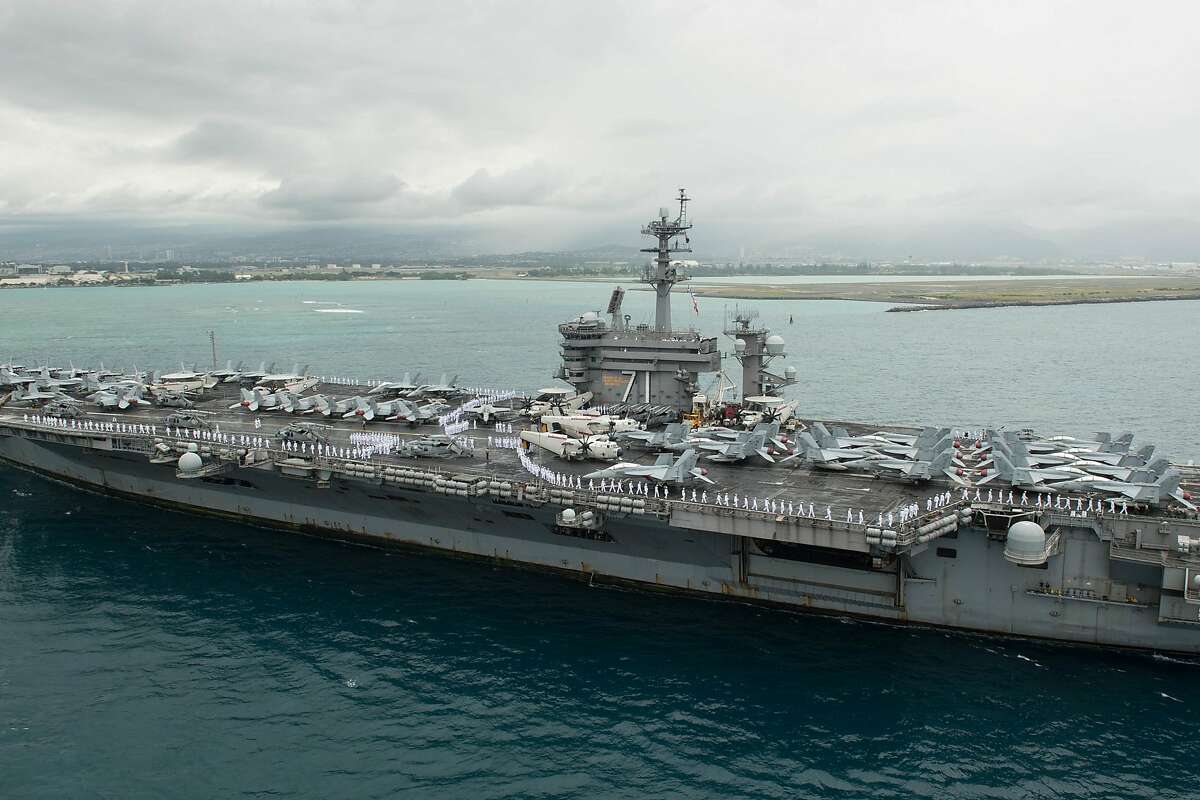 “The captain of a nuclear aircraft carrier with more than 100 sailors infected with the coronavirus pleaded Monday with U.S. Navy officials for resources to allow isolation of his entire crew and avoid possible deaths in a situation he described as quickly deteriorating.

The unusual plea from Capt. Brett Crozier, a Santa Rosa native, came in a letter obtained exclusively by The Chronicle and confirmed by a senior officer on board the aircraft carrier Theodore Roosevelt, which has been docked in Guam following a COVID-19 outbreak among the crew of more than 4,000 less than a week ago.

“This will require a political solution but it is the right thing to do,” Crozier wrote. “We are not at war. Sailors do not need to die. If we do not act now, we are failing to properly take care of our most trusted asset — our Sailors.”