I attempted to use this picture in the initial post concerning the murder of Bob Long:

but for some reason was unable to do so “for security reasons.” I sent an email to Daniel Lucas asking about use of the picture by US Chess. In a short time an email was received from John Hartmann of US Chess: “I downloaded the the picture from Long’s website and used it. Hope that helps.”

Today I had no problem with the picture of “Cowboy” Bob.

In the article you are about to read you will find the word irascible used to describe Bob. I will admit the word popped into my head during an email exchange with the Mulfish, but I was uncertain of the exact meaning of the word, so I checked it out at the Free Dictionary, learning the definition of the word, 1. “Prone to outbursts of temper; easily angered. 2. Characterized by or resulting from anger,” is too harsh a word for Bob. (https://www.thefreedictionary.com/irascible) I would prefer the word tetchy, which means “being or inclined to be cross, irritable, or touchy.” (https://www.thefreedictionary.com/tetchy)

Robert Long lived in a humble home on a modest street in Davenport.

There is little, if any, sign of conspicuous consumption on the block — unless you count the discarded candy wrappers and dead leaves piling up against the sewers.

No one has said why Charlie Gary allegedly chose Long’s home to rob Tuesday, Jan. 8. The 19-year-old told police he strangled Long before stealing his car.

Kindig said she wants “to go back to ordinary” after Long’s stunning murder in his humble home on the modest street. She’s still friendly, but tired of talking to TV cameras and people who scribble in notebooks.

While Long’s death grabbed headlines, friends and fellow chess players described a man who was anything but ordinary. Besides being an expert chess player, he was a mathematician, writer, small businessman and publisher.

He even wrote a book about internet dating for seniors.

John Beydler worked as an editor at the paper that is now the Dispatch-Argus for 48 years. He met Long in 1977.

“I decided I wanted to play a more serious level of chess,” Beydler said. “I went in search of books, and I found a place called Thinker’s Press. It was a little place up on Harrison Street.”

Thinker’s Press was a store that catered to chess players and other gamers. It featured books and equipment for chess players of all levels. It was the place where many met Long.

Beydler and a number of people tried to tell a little bit about Long’s life through posts and comments on Facebook.

Beydler sat down to offer his own take, posting a remembrance Thursday.

“Bob’s contribution to chess in the Quad-Cities and far beyond deserve to be more remembered than his end,” Beydler wrote.

“Bob was just bright — he knew something about everything and had a wide range of interests,” Beydler said Friday. “In his element, he was an outgoing guy. He could be growly — you know, irascible.

“But by God, it was fun to spend time with him.”

Thinker’s Press moved to 2nd Street and published books on chess. Long also started a mail-order business which Kindig said he converted over to online sales.

“I had many great discussions with Bob, concerning chess and other subjects, as he helped me to create my 1997 book (‘The Great Evans Gambit Debate’) published by his company Thinkers Press,” Rohde wrote. “The genesis of the book was an article I had written about the 1995 game (between) (Garry) Kasparov and (Viswanathan) Anand — an Evans Gambit, the last game they played before their 1995 World Championship match. Bob ran with that and helped me grow it into a book.”

“He was a very smart man, you could tell that by talking to him,” Kindig said. “He was married for a while. I don’t know her name, but the sticker on her car said ‘Georgia Peach.’ And she had another sticker that said ‘I’m Bobby’s Girl.’

“Rob, that’s what we called him, was a good neighbor. He never made any noise or had wild parties, or anything like that. Sometimes we’d all stand out there in his front yard and talk about things, ordinary things. He was a good neighbor, a nice man.” 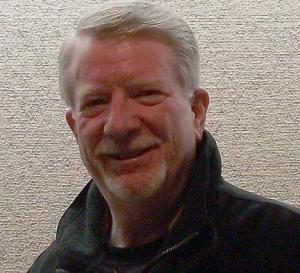 Jennifer Shahade posted a fine article on Chess Life online (http://www.uschess.org/content/view/12874/793/), “Kazim’s Back: Gulamali on Taking Down Vegas.” By now the Millionaire Open is yesterday’s news, and it shows because many other articles appeared almost immediately after this article, pushing it to the back of the line, which is unfortunate. It is a shame the producers did not switch coverage from the Wesley So vs Ray Robson debacle to the match between IM Burnett and FM Gulamali. It would have been amazing to watch. I am grateful, though, that USCF has given it some attention.

Being a Dutch aficionado, I want to concentrate on the two Dutch games played in the match. With his back to the wall, having lost the first game, and having to win the next game to even the match, Kazim Gulamali answered IM Ron Burnett’s 1 d4 with f5! When you absolutely, positively must win, play the Dutch! The time limit for the following game was G/25+.

Ron’s tenth move is a new one. The more standard Nf4 was seen in this game:

The next set was played at G/15+. Kazim won the first game so now Ron had his back to the wall in a must win situation. Once again Kazim played the Dutch, answering 1 Nf3 with f5. Not to be outdone, Ron played 2 e4!?, the Lisitsin Gambit! Back in the day there was scant information on this opening. It was big news when “Inside Chess,” the wonderful magazine produced by GM Yasser Seirawan and the gang from the Great Northwest, contained an article by, was it GM Michael Rohde, or was it GM Larry Christiansen? Memory fails…I only faced the Lisitsin Gambit a few times, the last a draw with Tim “The Dude” Bond. I had seen a way to win a piece in the middle game, but The Dude avoided the line. Some moves later the possibility appeared on the board, but I missed it! The game was drawn, and when I showed The Dude how I could have won a piece, he went into a funk, morose over the fact that he was obviously quite lost at one point. I will be the first to admit my memory is not what it used to be, but I have a vague recollection of losing to The Dude in a previous game featuring the Lisitsin Gambit…

It came down to a “game” in which one player had more time with the other having draw odds in something called an “Apocalypse” game, or some such. I urge you to click on the link and go to the USCF website and read Jennifer’s article for much more detail.
I have it on good authority that as Kazim was heading to his plane, leaving “Lost Wages,” he could be heard singing this song in his best imitation Elvis Presley voice…