During the first year of the Covid pandemic I eschewed being connected to the collective while returning to the basics, as in watching television. Being born in 1950 means I am a so-called “baby boomer.” It may have been better to have called we boomers “TV watchers,” as the tube was our pacifier. There was no school on Saturday. There were, though, many child oriented programs emanating from the box. One of my favorites was Sky King.

“From out of the clear blue of the western sky comes Sky King” was the familiar opening to television’s premier aviation program. Operating from his Flying Crown Ranch in Arizona, Sky King, his niece Penny and their Cessna 310 airplane “Songbird” were constantly involved in one adventure after another.

Fast forward about six decades or so and there was I once again sitting in front of the telly, as the Brits say, watching Saturday morning programs with my coffee. Only now the women with bright smiles are scientists, or at least report on science on the program, Exploration Station. (https://www.xplorationstation.com/)

After purchasing the Dude (it’s a Dell) I vowed to continuing watching the Saturday morning science shows with my first cuppa java at least until my eyes focused. That did not happen. So this morning I decided to turn on the TV and watch an episode of Exploration Station: Nature Knows Best.

which was followed by Exploration Station: Awesome Planet…

The coffee was followed by cereal and that hour and a half may be the best part of the day. Granted, the programs are for children, but what am I other than an old child? I’m too old to have a crush, so it must be a thing I have for Dani and Emily…they each have such a nice smile.

I mention this because during the Outer space episode one of the astronauts mentioned how thin is the layer of atmosphere that allows us to exist. I read a couple of things about atmosphere this week that remained in my brain, so I did some research and found them:

“The view of Earth is absolutely spectacular, and the feeling of looking back and seeing your planet as a planet is just an amazing feeling. It’s a totally different perspective, and it makes you appreciate, actually, how fragile our existence is. You can look at Earth’s horizon and see this really, really thin royal blue line right along the horizon, and at first you don’t really quite internalize what that is, and then you realize that it’s Earth’s atmosphere, and that that’s all there is of it, and it’s about as thick as the fuzz on a tennis ball, and it’s everything that separates us from the vacuum of space.” – Sally Ride (https://www.garrisonkeillor.com/radio/twa-the-writers-almanac-for-may-26-2021/)

and Odysseus would come home—as he was
compelled to—sunburned, vagrant—and wealthy.

Tim Nolan, “Wealth” from The Sound of It. Copyright © 2008 by Tim Nolan. Used by permission of The Permissions Company, LLC on behalf of New Rivers Press, newriverspress.com. (https://www.garrisonkeillor.com/radio/twa-the-writers-almanac-for-may-26-2021

I dreamed I was the President of these United States
I dreamed I replaced ignorance, stupidity and hate
I dreamed the perfect union and a perfect law, undenied
And most of all I dreamed I forgot the day John Kennedy died

I remember where I was that day, I was Upstate in a bar
The team from the University was playing football on TV
Then the screen want dead and the announcer said
“there’s been a tragedy
There’s are unconfirmed reports the President’s been shot
And he may be dead or dying.”


Talking stopped, someone shouted “What,”
I ran out to the street
People were gathered everywhere saying
Did you hear what they said on TV
And then a guy in a Porsche with his radio hit his horn
And told us the news
He said, “the President’s dead, he was shot twice in the head
In Dallas, and they don’t know by whom.”

“The Day John Kennedy Died” was written and recorded by Lou Reed and included on his 1982 album The Blue Mask. Released just before Lou Reed turned 40, this album was among the most acclaimed of his career. The instrumentation was relatively spare, as Reed led a stripped down guitar-bass-drums band with few overdubs. Actually, the album features twin lead guitars with Lou Reed and David Quine separated in the mix to great effect. Dispensing with the decadent “Rock N Roll Animal” persona that he had adopted in the 1970s, the songs on The Blue Mask were more direct and personal than on previous Lou Reed albums. 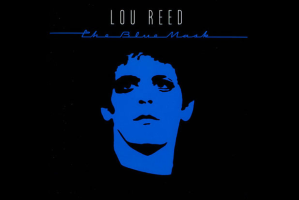 From the Police to Tori Amos, check out these unique ways musicians paid tribute to the President