The other day as I awaited the MARTA train a younger gentleman sat beside me on the platform. He opened his bag and took out knitting needles, then proceeded to do his thing. We made eye contact and I said, “My Mother knitted.” Taken aback he managed to say, “Oh really?”
“Yes. She even had a knitting machine when she was older,” I said. He smiled. “I receive comments about knitting and some are not so kind,” he stated. “Then you ought to tell them about Rosey Grier.” 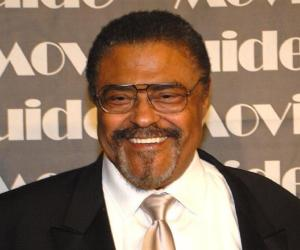 From the accent it was obvious he had not been born in the US, so I figured he had no clue as to who was Rosey Grier. It was then a woman joined the conversation saying, “My mom loved Rosey Grier!” At this point I sat back and listened to their conversation, learning the young man had come to the US and earned a degree in Computer Science. He enjoyed knitting while watching television in the evening. She informed him that Rosey Grier was a “Big bear of a man who weighed three hundred pounds and played football.”

Everyone was smiling as the train rolled to a stop. Before entering the train car he looked at me and said, “Thank you, sir. It is so nice to receive such a nice comment rather than what some men often say.”

The song is dedicated to an old friend, Susan “Bells” Bailey, who once said, “Eggs, if we make it tp old age I can see us sitting in rockers on my front porch some day…”