At one website this was found: In 2004, he co-founded Quality Chess publishing. As an author, he has written or co-written: A couple of dozen book titles are here, and this was written almost a decade ago. (https://www.chessmaniac.com/grandmaster-jacob-aagaard/)

The tournament began with the following game:

The second round produced this game:

The third round produced this GM/IM draw:

Round four was a true “Grandmaster draw”:

Round five saw an FM out for blood, so no short draw that round:

Too bad they could not phone it in…I mean, all that time walking to and from the CCC and the hotel could have been used for reading this:

Round seven again saw a lower rated opponent out for blood, so the so-called “Grandmaster” had to fight, producing this draw:

Unfortunately for the so-called “Grandmaster” his next opponent had the white pieces and played like a shark smelling Grandmaster blood:

That was brutal, was it not? Finally, we come to the last round, which produced this short draw:

What is it about the Charlotte Chess Center that makes it so conducive to producing short draws? Is it the mindset or the water? Why is it the people administering the CCC continued to invite all these quick draw McGraws type players to the Queen city?

This was obtained from the Charlotte Chess Center Facebook page:

These pictures can also be found at the website. Unfortunately there are no names to go with the pictures. The gentleman with his thumb up and wide grin is the Executive Director and Founder of the CCC, Peter Giannatos.

This next picture is of Christopher Woojin Yoo:

In future years when asked to show the game that garnered his third and final GM norm now Grandmaster Andrew Hong can proudly present this win made even more special because it came with the black pieces:

When asked to show the game that brought him the title of Grandmaster Nikolas Theodorou, who came all the way from Greece, must show this “game” and I use the word extremely loosely because it is an insult to Caissa:

Christopher Yoo needed a draw for his second GM norm and got it with this “gift”:

In the IM D section FM Robert Shyakhtenko earned an IM norm and will become an International Master if he ever attains a rating of 2400. Say what? I don’t know about you but it seems one should either earn the norm or not. What is this with the waiting? Is that weird, or what? If you play in a tournament and meet the norm requirement you have not met the requirement if your rating does not meet the minimum rating required, or am I missing something?

I was unfamiliar with the “Kramer system”

but did find one game, only one, in which 7…h5 was previously played:

Sandeep Sethuraman won five games and drew four to win the IM C section by 1 1/2 points. He needed to win to garner his first norm on the way to the International Master title and did just that, after the following battle in which it was anyone’s game for the taking until the lady played the natural looking, but lame, 31st move, after which she was pounded into submission like a punch drunk fighter and went down like rot gut whiskey, hard.

During the second or third grade my father took me to see the neighborhood barber, who, like most of the men in the neighborhood, had fought in the “Big One,” World War II. Mr. Cole had a barbershop in his back yard and supplemented his income by cutting hair at night and on Saturday. For some reason my father decided what I needed was a “flat-top.” Upon returning home my mother took one look at me and screamed, “I’m gonna KILL HIM!” My father was not the only one frightened…Since I played all sports not having hair was a real good thing, so it stayed that way until the summer before my senior year, when I let it grow, and grow…and grow some more…The picture in the high school yearbook was of me and my buzz-cut. This would have been the summer of 1967, as I graduated in spring of 1968. The thick, wavy hair looked longer than it was in reality. Still, there were those “straight” people who did not like it. The school principal informed me that I would have to obtain a haircut immediately or would not be allowed to continue playing on the Baseball team. It is still somewhat unclear what exactly happened next, but the recollection is of Coach Jackson “having a talk” with the principal. The net result was I no longer had to get my hair cut, and could still play Baseball…After graduating high school I took a year off before attending college on a scholarship from the Boys Club, where I worked part-time while attending college. Many years later my nephew saw pictures of me during those years with the beard and long hair and said, “Uncle Mike, you looked like Jesus!” I only wish I had some of that hair now…

A U.K. mom is speaking out against school policies which she says restrict boys from having long hair. 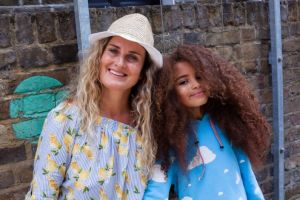 amass more than 274,000 followers on Instagram by sharing photos of eight-year-old and his long, naturally textured hair.

According to Miller, the decision to allow Farouk to grow out his hair was “cultural.” He was initially encouraged by his father’s Ghanian family to not cut his hair until he was three. As Farouk’s hair grew, the child model developed an emotional attachment to his “unique and beautiful” hair which Miller affectionately calls his “mane.”

While researching secondary schools for her son, Miller said she was surprised to learn that several maintained strict policies prohibiting boys from having long hair. The family’s top choice, Fulham Boys School in West London, currently has regulations regarding hair length which Miller believes are “out of date” and discriminatory against children of colour.

“Hairstyles should be tidy and of a conventional nature, no extreme haircuts including sculpting, shaving, dreadlocks or braiding are allowed. The maximum hair length is above the collar and the minimum hair length is a number 2 cut,” the Church of England secondary school’s policy states. “Hair must be one natural colour. Parents are strongly advised to seek advice on the acceptability of hairstyles that may be considered ‘different’ before allowing their son to adopt such a style. School reserves the right to insist on re-styling if it considers the style inappropriate.”

won’t attend secondary school for another two years, Miller said her son has become “terrified” at the thought of cutting his hair in order to be admitted to the school.

By ASHLEY PARKER  and JODI KANTOR 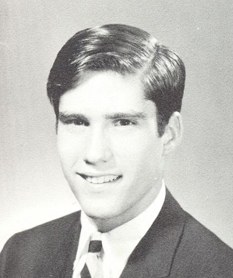 found himself responding to allegations that as a teenager he harassed a prep school classmate who later came out as gay.

The account put Mr. Romney, who has struggled on the campaign trail to cast off his rivals’ image of him as privileged and insensitive, on the defensive about events nearly 50 years ago.

The episode, reported by The Washington Post, occurred at Cranbrook, a private school that Mr. Romney, the son of an automobile executive-turned-governor, attended in Michigan. Mr. Romney returned from spring break in his senior year to find that John Lauber, a quiet, offbeat type, had bleached his hair blond.

Mr. Romney, brandishing a pair of scissors, led other boys on a hunt for Mr. Lauber, teasing him and holding him down while Mr. Romney snipped off his long locks.

Since the election was close this story could possibly have contributed to Mitt not becoming POTUS. Unfortunately, being a bully did not stop Donald John Trump from becoming POTUS to the detriment of all of US.

One of the great things about working at the Atlanta Chess & Game Center ‘back in the day’ was that one encountered all kinds of people form all over the world. When I think of the people who came to the House of Pain I think of the vibrantly colorful characters and all the different styles of EVERYTHING, but with one thing in common. CHESS! 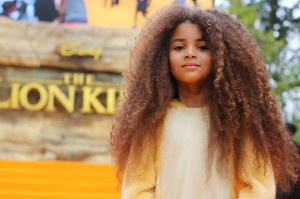 Kassa Korley IS a Chessplayer!

Just want to give you information that Peter Giannatos will broadcast games from Southeastern FIDE Championship.

And in ChessStream.com as well. He as at least 1 DGT board, but we trying to provide 3 DGT boards for 3 live games. I probably will ask Peter to have scan of scoresheets during the tournament, so crowd may help to convert to PGN as well, like in US Masters.

If you have been a regular reader of either the BaconLOG or the Armchair Warrior you know I have had no interest in the USCL. I simply do not understand the rating cap. It makes no sense to have three GM’s and an Expert play as a team. Imagine the Atlanta Braves fielding a team of eight Major League Baseball players and one amateur. Strike that! The Braves do field a team like that, and have for two years now, with Blown Job Upton playing center field every day. Use another team, any team, as an example, and you get my drift…
I looked at the ‘starting lineup’ for the new Atlanta Kings yesterday and saw four strong players rated between 2382 and 2446 for the Kings. All four players are very good players, capable of beating any titled player on any given day, which is how it should be. These are the best players our team can field tonight. I decided to watch the games because I know three of the players, and have played two of them at the House of Pain. I went to the USCL homepage (http://uschessleague.com/) and looked in vain for the games. Next I went to the USCF homepage, and again came away empty. Since this is opening night, I found this strange, so I went back to the USCL website to look again. I found nothing. Then it occurred to me to go to the homepage of the Atlanta Kings (http://www.southeastchess.com/atlanta-kings.html). Once again I found nothing about where I could watch the games. This was terribly disconcerting. I did find this, “Updates available on our Facebook page.” I do not do the book with faces; never have and never will. Besides, who wants an update?
I did find that Grant Oen is the manager, with Leonardo Martinez the assistant manager, and Frank Johnson the TD. I was surprised to see that Thad Rogers is the “Overseeing general manager,” whatever that means. The Atlanta Braves could use one of those, I suppose. The one they have spent seventy-five million dollars to stick a black hole out in CF.
I scrolled on down to find:

These teams are evenly matched! Now I was really lamenting the fact that I could not find the live games…Then I noticed the “Press Release” was underlined. Moving my cursor over it allowed me to click on, which I did, finding Frank Johnson’s blog (http://www.chess-coach.net/myblog). After reading this, “You can follow the games live on chessclub.com beginning at 7:30pm (EST) or you can visit the Emory Campus and watch the games live,” I knew the promised land had been found! So I clicked on and was extremely disappointed. The chessclub.com (http://www.chessclub.com/) is the Internet Chess Club, a pay site. Like a prescription drug company, the ICC offers to hook you with a “1-month FREE TRIAL!”
The interest I had in the USCL because my home city has a team is gone. Even though the big chess news tonight is the Kings, you will not read about it here.