who was torn between his Bible-thumping upbringing and his desire to make hell-raising rock ‘n’ roll with hits such as “Great Balls of Fire” and “Whole Lotta Shakin’ Goin’ On,” has died at the age of 87.
Lewis passed away from natural causes at his home in Desoto County, Mississippi, with his wife, Judith, by his side, his publicist said. The musician had been ill in recent years and suffered a stroke in 2019.
Like Chuck Berry’s guitar, Lewis’ piano was essential in shaping rock ‘n’ roll in the mid-1950s. He was part of the dazzling Sun Records talent pool in Memphis, Tennessee, that included Elvis Presley, Johnny Cash, Carl Perkins and Roy Orbison. Lewis outlived them all.
Lewis, also known by the nickname “The Killer”, was one of the first performers inducted into the Rock ‘n’ Roll Hall of Fame in 1986 and was so influential that when John Lennon met him backstage at a show in Los Angeles, the Beatle dropped to his knees and kissed Lewis’ feet.
Lewis filled his albums not only with ground-breaking rock but with gospel, country and rhythm and blues such as “Me and Bobby McGee” and “To Make Love Sweeter for You” as he endured a life often filled with alcohol, drugs and tragedy. His music was sometimes overshadowed by scandals – including his marriage to his 13-year-old cousin Myra in 1957.
In his prime, he performed with daring, originality and a lewd wild-man stage demeanor that thrilled his young fans as much as it agitated their parents. Typically, Lewis would kick away his piano bench and bang the keyboard with his foot while his long wavy blond hair flopped in his face.
According to legend, Lewis was once so upset that Chuck Berry had been chosen to close a show over him that he finished his set with a move that was hard to top – setting the piano on fire and walking off.
“I’m a rompin’, stompin’, piano-playing son of a bitch,” Lewis once told Time magazine in his Louisiana drawl. “A mean son of a bitch. But a great son of a bitch.”

Lewis was born Sept. 29, 1935, in Ferriday, Louisiana, and grew up poor with two cousins also destined for fame – television evangelist Jimmy Swaggart and country singer Mickey Gilley.
He became interested in the piano at age 4 and by 10 was sneaking in to roadhouses to hear blues performers. He absorbed a variety of musical influences, especially the Jimmie Rodgers records that belonged to his father, a farmer who went to prison for bootlegging.
Lewis’ family attended the Assembly of God church and his mother ensured he was thoroughly informed about the evils of liquor, honky-tonks and promiscuity. But Lewis was intent on experiencing them first hand and began playing piano in bars while still a teenager. His mother, upset by the idea of her son performing the devil’s music, sent him to a Bible college in Texas.
It turned out to be a brief stay, with Lewis reportedly being dismissed from the school for playing a boogie-woogie version of “My God Is Real” during an assembly. The incident showed the dichotomy that Lewis had to live with.
“The man is tortured,” Myra Lewis told People magazine. “Jerry Lee thinks that Jerry Lee is too wicked to be saved.”
As Lewis himself once put it, “I’m dragging the audience to hell with me.”

MAKING IT IN MEMPHIS

Lewis had a son and was on his second marriage before he turned 20, even though he had not divorced his first wife. He was determined to be a musician and made his way to Memphis.
In 1957 he recorded two rollicking chart-topping hits for Sun – “Whole Lotta Shakin’ Goin’ On” and “Great Balls of Fire,” which he had been reluctant to record because he considered it blasphemous – that helped define early rock ‘n’ roll. Lewis quickly followed with more hits – “You Win Again,” “Breathless” and “High School Confidential.”
His career came to a halt during a 1958 tour of Britain. Journalists discovered Lewis was now married to Myra, the daughter of his bass player, who not only was 13 years old but also was his cousin. News coverage was so intensely negative that the tour was called off.
Back in the United States, Lewis’ career was not revived until he shifted genres and recorded country hits such as “Another Place, Another Time,” “What’s Made Milwaukee Famous (Has Made a Loser Out of Me)” and “She Even Woke Me Up to Say Goodbye.”
Lewis’ string of hits was matched only by the tragedies in his life. His young son Steve Allen Lewis drowned in 1962 and another son, Jerry Lee Jr., died in a 1973 car accident at 19.
After a divorce from Myra in the early 1970s, he married Jaren Pate in 1971 but she drowned in 1982. They had been separated for eight years but not divorced.
After only a few months of marriage, his next wife, Shawn Michelle Stevens, was found dead of a drug overdose in their home in 1983. Eight months later he started another stormy marriage with sixth wife Kerrie McCarver that lasted 20 years before they divorced and he married his seventh wife, Judith Brown, in 2012.

In 1976 Lewis accidentally shot his bass player and that same year was arrested drunk outside Presley’s Graceland mansion in Memphis with a loaded pistol, demanding to see Presley.
Lewis, who lived much of his later life on a ranch in Nesbit, Mississippi, also endured costly battles with U.S. tax officials, a nearly fatal perforated ulcer and a painkiller addiction that landed him in the Betty Ford Clinic.
In his later years he settled down but biographer Rick Bragg

recalled interviewing Lewis for his 2014 book “Jerry Lee Lewis: His Own Words.”

Lewis showed Bragg the pistol he kept under his pillow in a bedroom pockmarked with bullet holes and a Bowie knife stuck in the door.
“I don’t think Jerry Lee Lewis had to exaggerate his life one bit to make it interesting,” Bragg told the Atlanta Constitution Journal. “He really did make Elvis cry. He really did turn over more Cadillacs than most people purchased in the state of Mississippi.”
Lewis’s late recordings included featured guests such as Jimmy Page, Bruce Springsteen, Mick Jagger, Keith Richards, Neil Young, John Fogerty, Ringo Starr and other rockers he had influenced.
In addition to wife Judith, Lewis is survived by four children, a sister and many grandchildren.

Before the tournament began one could look forward to this game having a great deal in determining the 2018 US Chess Champion. In reality, Nakamura became an also-ran, while all Chess fans are wondering why Caruana decided to play in the Championship, especially after playing, and winning, the Grenke Chess Classic almost immediately after winning the Candidates tournament when the only thing that matters is the coming battle for the World Human Chess Championship. If Fabiano does not best Magnus Carlsen the pundits will have a field day questioning whether Caruana burned himself out playing so much Chess before the title match. 15. Ng3? This is a terrible move! Caruana backs down, refraining from playing the expected 15 fxe5. In the language of the clanking digital monsters the limpid retreat by Fabi gives his opponent an advantage of about a quarter of a pawn. Taking the pawn would leave Fabi with an advantage of about half a pawn. If Caruana plays weak moves like this against the World Champion he will lose the match. 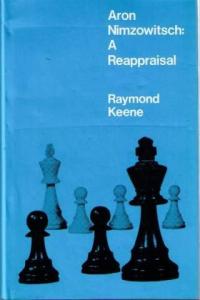 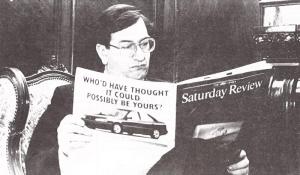 the plagiarist. (http://www.chesshistory.com/winter/extra/copying.html) It is ironic that a man who resorted to stealing the work of others for his books could have produced one of the best Chess books ever written. There are better moves, all being with the king rook. Stockfish shows 19 Rfd1 best) 28. Qe1? (Another weak, dilly-dally move from Caruana. 28 h4 is the best move, and one does not need a program to know this. Caruana’s limpid move hands the advantage to his opponent. According to digital speak, in lieu of being up by half a pawn, the move played puts Fabi DOWN by a quarter of a pawn.) 30…Rd4 (In this position black has a choice between four moves, 29…h6; Nb7; and a4, in addition to the move played, each keeping the game even, Steven.)

31. Be1 R8d6 (Expecting the obvious 31…Qd7, tripling on the d-file, I was shocked to see this move. The Fish proclaims Qd7 best. IM Boris Kogan was fond of saying “Chess is a simple game.” My reply was, “Maybe to you, Hulk…” It seems the modern day players intentionally eschew playing the “obviously best” moves for some reason I cannot fathom…How often does one get the opportunity to triple the heavy pieces in any game? Look at the position after moving the Queen to d7. Every piece sans the dark squared bishop is putting pressure on the backward white d-pawn. How long would you be able to withstand that kind of pressure?)

32. Nf2 Qd7 (Naka plays the move, but now SF does not consider it best. The clanking digital monster would now play the rook BACK to d8! Like Capablanca, the program has no problem admitting a move a mistake, and correcting said mistake.) 45. Rc1? (Yet another weak, vacillating move. White is lost. The move previously rejected by Fabiano, h4, is best) 45…Qc6 46. Re1 (Fabi returns the rook to its former square) 46…Rd8? (I will admit to having trouble finding a move in this position. I finally decided to move my king to g7. WRONG! I kept looking at taking the pawn on e4 with the queen, but it looks like the bishop will be lost. There is a reason Stockfish is the best Chess playing thing on the planet, and that reason is this variation: 46… Qxe4 47. Qxe4 Bxe4 48. Bxc7 Rd7 49. Rxe4 Nxb2 50. Nxe5 Rxc7 51. Nf3 Nd3+ 52. Ke2 Ne5 53. Nd2 b2 54. Nb1 Rd7 55. a4 Ra7 56. Kd2 Rxa4 57. Kc3 Rb4 58. Re2 Rxc4+ 59. Kxb2 Rb4+ 60. Kc2. Looks like a game produced by Mikhail Tal, does it not? Like me, the top players cannot calculate as well as the clanking digital monsters. It often seems that the top players no longer believe in their intuition, as did the players of the last, and previous, centuries. Because of the rise of the computer programs human players are trying to be calculating machines when what they should be doing is relying on their judgement, and intuition. I will admit going into the unknown can be a scary prospect, but the best human players have done it previously. Maybe the top players would be better off chunking the programs in the garbage and thinking for themselves…)