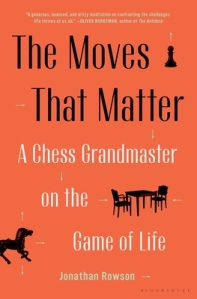 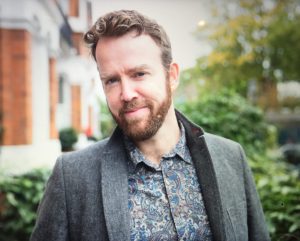 The review will begin with the bottom line. The book is a lovingly written, magnificent masterpiece. Anyone reading it will be richly rewarded in ways they may not even understand at the time of reading. This is most definitely not a book one reads and forgets. It is a book to savor.

I met Grandmaster Jonathan Rowson at the World Open in 2002 while assisting Thad Rogers in the book room after turning certain victory into defeat in the first round and after losing the next two games Thad needed help and the book room looked inviting. There was a discussion concerning his book, The Seven Deadly Chess Sins,

which had been read the previous year. Later I read Jonathan’s Chess For Zebras, 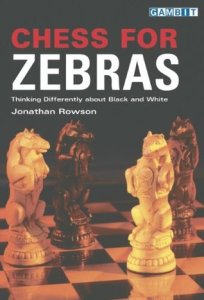 which was very entertaining, and while working at the Atlanta Chess & Game Center I advocated any and everyone purchase his excellent books. All I recall now about our conversation is that other books were discussed and when asked to name my favorite novel I answered immediately, “The Glass Bead Game, by Hermann Hesse.” 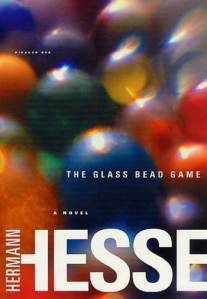 “Really?!” he said before continuing with a question, “Why?”

Why, indeed. I no longer remember how I answered, but do recall being taken aback, because most people with whom I have mentioned the novel have not even been aware of the book. I also recall Jonathan displaying actions which led me to believe he was about ready to leave, so the answer was truncated. In addition I recall Jonathan saying, after I answered his question, “Fascinating!”

GM Rowson tied for first at the 2002 World Open. Because of the pleasant memories of the chance encounter I will admit it is difficult for me to be completely objective. In addition, upon learning of the forthcoming publication of the book about to be reviewed I contacted the publishing company, informing them of the blog and the encounter with Jonathan, while informing them I would like to review the book. I had hoped to finish reading the book long before publication in order to review it ASAP, but life intervened. Another factor is that the book required much more thought than I had imagined, which is a very good thing. A quote from the book comes to mind: “You cannot think about thinking without thinking about thinking about something.” – cognitive scientist Martin Minsky. Therefore reading the book required much more time than I had imagined.

The book is full of wonderful quotes, which is a positive thing. Decades ago there was a show on public television, Thinking Allowed, hosted by Dr. Jeffery Mishlove. 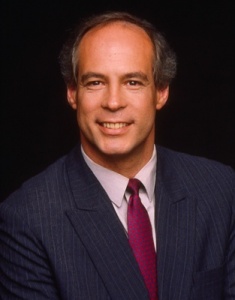 Jonathan Rowson would have made an excellent guest on the program. (Just put Thinking Allowed into the Startpage.com search engine and found: https://www.youtube.com/channel/UCFk448YbGITLnzplK7jwNcw. Oh happy day!)

After briefly perusing the book one long time National Master Chess player closed it before saying, “Where’s the meat?!” This meant GAMES. After explaining there were about two dozen games contained in the notes he exclaimed, “What kind of Chess book is that?!” This caused me to consider the question too long because he began talking before I could answer. I was never able to answer his question because, to his way of thinking, a Chess book with mostly words was most definitely NOT a Chess book. This has caused me to reflect upon what, exactly, is a Chess book. For example, consider Frank Brady’s book on Bobby Fischer, Endgame: Bobby Fischer’s Remarkable Rise and Fall – from America’s Brightest Prodigy to the Edge of Madness.

Would it be considered a Chess book? Maybe what constitutes a “Chess book” is what is in the eye of the beholder…

The Moves That Matter is is a book about oh so much more than Chess. It is a book written by a man who devoted most of his early years, and maybe half of his life, to the Royal game, so therefore it does contain much Chess put into words, but, strictly speaking, it is not about Chess. It is about so much more than a mere game. The book is about life, and thinking about life. Although the reader will be entertained, it is not about entertaining per se. It is a “deep” book which will cause the reader to do some seriously deep thinking. That is to be expected since Dr. Jonathan Rowson is an applied philosopher. “The Society for Applied Philosophy was founded in 1982 with the aim of promoting philosophical work that has a direct bearing on areas of practical concern.” (https://www.appliedphil.org/)

The book contains eight chapters each broken down into another eight sub-headings. The format caused me to reflect upon one of my favorite books, The Eight, 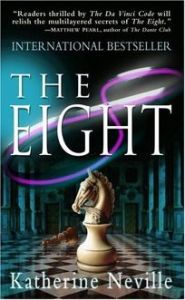 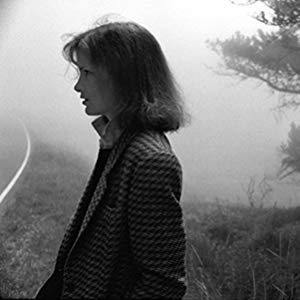 Katherine Neville in 1985
A photograph of the author in San Francisco’s Marin Headlands, California, 1985.

In the first chapter, Thinking and Feeling, under sub-heading #5 Asking Pertinent Questions, one finds, “There are many different ways to frame the educational value of chess, but if I had to sum it up in one word, it would probably be: ‘questions’. 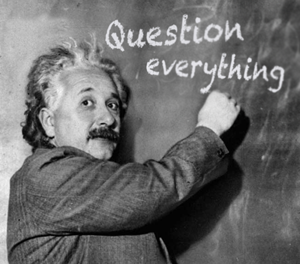 If I had three words it would be ‘questions about relationships’. As the writer Marinan Benjamin puts it, to ask a question is to invest in attentiveness, to declare a stake in the answer, and that is one of the many gifts of chess; you cease to be a passive recipient of information, and become an active learner – an intrinsically rewarding experience. Playing chess is about posing questions to the opponent, and answering the questions they pose you; the little questions are always nested inside bigger ones.” 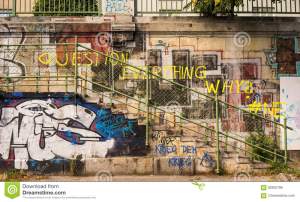 We will move ahead to the last chapter, Life and Death, under sub-heading #64, Facing up to death. It is written, “The 2009 Acropolis Open in Greece was overshadowed by the death of a respected Greek player, Nikolaos Karapanos, who had a heart attack just before executing a winning move in his first-round game. His opponent, Israeli Grandmaster Dan Zoler, who happens to be a doctor, tried to revive him, but Karapanos stopped breathing before the ambulance arrived.
This story indicates just how stress-inducing chess can be, but the deeper point is that we never know when our time will come. All the major spiritual traditions speak about the importance of being ready for the unthinkable, and the importance of being ready for the unthinkable, and the importance of dying at peace, without undue regret.
It seems profane to point out that Zoler resigned the game, but he also withdrew from the event, stating that he no longer felt like playing chess in the circumstances. You can hardly blame him. Chess sometimes seems singularly charming and vitally important, but a brief reflection on our mortality has to lead to some searching questions. Is this it? Pushing these pieces around? Is this what I am supposed to be doing?”

See the excellent article by Daaim Shabazz at The Chess Drum:

Yugoslavian GM Milan Matulovic, 1935-2013, was better known for the nickname he earned after taking back a losing move he had just made versus István Bilek at the Sousse Interzonal in 1967. From Wikipedia: “Perhaps Matulović’s most notorious transgression was against István Bilek at the Sousse Interzonal in 1967. He played a losing move but then took it back after saying “j’adoube” (“I adjust” – spoken before adjusting pieces on their square, see touch-move rule). His opponent complained to the arbiter but the move was allowed to stand. This incident earned Matulović the nickname “J’adoubovic”. This reportedly happened several times, including in a game against Bobby Fischer.” (https://en.wikipedia.org/wiki/Milan_Matulovi%C4%87)
In his book on Bobby Fischer, “Endgame,” Frank Brady writes about a match the fifteen year old Bobby played against Matulovic before the 1958 Interzonal in Portoroz. “Bobby’s training match opponent in his first formal game on European soil was Milan Matulovic, a twenty-three-year-old master who would become infamous in the chess world for sometimes touching a piece, moving it, and then-realizing it was either a blunder or a weak move-returning the piece to its original square, saying “J’adoube,” or “I adjust,” and moving it to another square or moving another piece altogether…In his first encounter with Matulovic, Bobby ignored the Yugoslav’s mischievous disregard of the rules and lost the game. So with three games left to play, Bobby told Matulovic he’d no longer accept any bogus “j’adoubes.” Bobby won the second game, drew the third game, and won the fourth, and therefore won the match 2 ½-1 ½. Both of Bobby’s wins were hard fought and went to fifty moves before his opponent resigned. Matulovic may have been a trickster, but he was also one of his country’s finest players, not easily defeated.”
Wiki has a section on his page devoted to, “Controversies,” where one finds: Controversy in actions both over and away from the board was nothing new to Matulović. Over the board he was known for playing out hopeless positions long after grandmaster etiquette called for a resignation, allegedly in the hopes of reaching adjournment (suspension of a game for resumption the next day, common in tournament play at the time) so that the news reports would read “Matulović’s game is adjourned” rather than “Matulović lost!”[2][3]
More seriously, in the aftermath of the 1970 Interzonal tournament at Palma de Mallorca, he was accused of “throwing” his game against Mark Taimanov in return for a $400 bribe, thus allowing Taimanov to advance to the Candidates matches,[4] where he was famously defeated by Bobby Fischer 6–0. The accusations centered on Matulović’s conduct during the game[5] and the alleged feebleness of his resistance. The score of the notorious Taimanov–Matulović game follows, from which the reader can draw his or her own conclusions:
Taimanov–Matulović, Queen’s Gambit Accepted: 1.d4 d5 2.c4 dxc4 3.Nf3 Nf6 4.e3 Bg4 5.Bxc4 e6 6.Nc3 Nbd7 7.h3 Bh5 8.0-0 Bd6 9.e4 e5 10.dxe5 Nxe5 11.Be2 Bxf3 12.Bxf3 Nxf3+ 13.Qxf3 Qe7 14.Bf4 Be5 15.Bxe5 Qxe5 16.Qe3 0-0 17.f4 Qe7 18.e5 c6 19.Rfe1 Rfe8 20.Qf3 Qc5+ 21.Qf2 Qxf2+ 22.Kxf2 Nd5 23.Nxd5 cxd5 24.Red1 Red8 25.Rac1 Rd7 26.Ke3 Rad8 27.Kd4 Kf8 28.f5 Ke7 29.Rd3 Re8 30.Rdc3 b6 31.Rc7 Rd8 32.R1c6 Ke8 33.g4 h6 34.h4 Rb8 35.g5 hxg5 36.hxg5 Rb7 37.Rc8+ Rd8 38.Rxd8+ Kxd8 39.Kxd5 a5 40.Rd6+ Ke8 41.Kc6 Re7 42.Rd5 1–0
The section culminates with, “Matulović was convicted of vehicular manslaughter and served nine months in prison for a car accident in which a woman was killed.” https://en.wikipedia.org/wiki/Milan_Matulovi%C4%87#Controversies
While on duty at the Atlanta Chess Center one would often hear a player in the skittles room cry out, “What are you, some kind of J’adoubovic?” Most were too young to know much, if anything, about the man who earned the name of infamy. Yet every chess player on earth knows what a “J’adoubovic” is because of Milan Matulovic. He will live on in the lore of chess long after much better players have been forgotten. It is an everlasting tribute to a Grandmaster of ill repute.