About a decade ago while living in Louisville I was a gate chief at the Kentucky state fair. A much younger man informed me there was a problem with “some jerk” without a pass who was attempting to enter the main gate. As I walked over to the car, a silver Rolls Royce, I saw a lovely blood in the passenger seat before seeing William Shatner, Captain Kirk of Star Trek fame, in the drivers seat. “Do you know who I am?” he inquired. “Do I know who you are? EVERYONE knows who you are, Captain!” The response was a huge smile. “Except this fellow,” Mr. Shatner said. The problem was he had forgotten his gate pass. I had previously seen the car and knew it was the Captain’s vehicle. I turned to the young man and said, “My God man, this man is one of the most well known American icons. Where have you been?” Of course I let the Captain enter without proper credentials, because, well, you know, we are talking about The Captain of the Enterprise here, right? I was a Trekkie back in the day. One of the wags at the House of Pain was a huge fan of another space type television show. I brought the house down when saying, “The difference between us is that I boldly go where no man has gone while you, sir, are lost in space!” 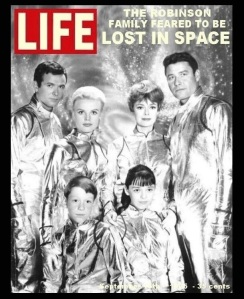 The ageing star’s most famous role is that of Captain James T Kirk, but if his new TV show gets the green light, he won’t be driving the USS Enterprise at warp speed to get there 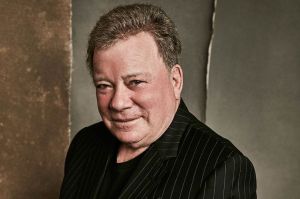 William Shatner is 88 but claims he is mentally and physically fitter than ever (Image: Getty)

Star Trek legend William Shatner plans to go into Space for real – at the age of 88.

TV chiefs want him to be one of the world’s first space tourists aboard one of the commercial rockets which could take off as early as this year.

Shatner shot to fame 54 years ago as Captain James T Kirk on the inter-­galactic USS Enterprise with the mission “to boldly go”.

Now he has pitched the idea of a real-life space adventure to TV chiefs in the US and they are enthusiastic.

He said: “I’ve tried to sell a show and I believe I have. But an announcement I’ll make in the weeks to come about me going into space… it looks likely.

It was disconcerting to read the caption underneath the picture of William Shatner. When I hear a fellow Senior say something that stupid it makes me cringe because no human being aged eighty eight is “mentally and physically fitter than ever.” Those who say such things are, quite simply, out of what is left of their mind. Nevertheless, if the Captain wants to end his days boldly going out there all I can say is, keep on trucking, Captain!