Congratulations are in order for GM Aleksandr Lenderman

on his outstanding performance in winning the 2021 US Open with an almost perfect score. Alek is small of stature but big of heart. The following was fired at the AW, scoring a direct hit I might add, by an impeccable source, a gentleman, and scholar, in addition to being a USCF pooh-bah for decades, Michael Mulford, aka, Mulfish on the USCF Forum.

“I’m watching the USO broadcast now, but mostly following Lenderman’s game. A word about him. He’s a Castle instructor and one of the nicest guys you’ll ever meet. I’ve had a few pleasant chats with him. When he teaches, he usually goes over GM games. Sometimes he was a participant, but in those cases he usually chooses games he lost. He’s the most humble GM I know. Last night, he won a long game to go 8-0. I don’t know when it finished. What I do know is that on Facebook he sent me birthday greetings at about 2-3 am his time. But right after clinching a tie for first, this guy gets on Facebook, sees it’s my birthday and posts birthday greetings on my page? What other GM would do that? Yeah, I’m rooting for him. I’d love to see him go 9-0, but I would think he’d take a draw at any time if offered. Since his opponent needs a win to tie for first, I don’t think you’ll see any Berlin draws or Double Bongclouds.”

I, too, was following the Gledura vs Lenderman game, but another game vied for my attention, but more on that game later…This post concerns GM Lenderman, who will be playing in the US Championship this year, if it is held. This is a wonderful thing because Alex was shafted by the USCF in 2015. The following was posted on this blog many years ago concerning GM Lenderman not being invited to the US Championship.

Post: #289601 by sunmaid on Wed Feb 04, 2015 10:58 pm
Last year Kamsky, Akobian and Lenderman tied for first place at the US championship and it was only through a very unfair playoff system that Gata Kamsky was ultimately crowned champion. Since Kamsky and Akobian are in, I think it would have been a wise decision to give the wild card entry to Alex Lenderman. Sam Sevian is an exciting young player, but he will get his chance in many years to come to play in this tournament.
http://www.uschess.org/forums/viewtopic.php&f=24&t=21044

I wrote the following on that post: It is a travesty that one of the players who TIED FOR FIRST PLACE last year is not included in the field this year. This brings SHAME on all involved with the tournament, and especially on the pooh-bahs of the USCF, who obviously have no shame. (https://xpertchesslessons.wordpress.com/2015/03/22/dark-side-of-the-2015-us-chess-championship/)

Dark Side of the 2015 US Chess Championship was posted March 22, 2015. In a wonderful synchronicity, exactly three years later this was posted on the AW: Alek Lenderman Plays The Bird
(https://xpertchesslessons.wordpress.com/2018/03/22/alek-lenderman-plays-the-bird/)

The question I would like you to ask yourself is, “What if Chess were like the ancient oriental game of Wei Chi, or as is more popularly known in the English speaking world, Go, and the offer of a draw were anathema?” The game would have been played to a conclusion, with White soon resigning, and Alek Lenderman would have won the US Open with a Bobby Fischer like score of 9-0. This would have garnered headlines all over the world, and not just on Chess websites, and publicity is good, GOOD! Just sayin’… Instead this was the lead at Chessbase early today while having my morning cuppa Joe, and it is still the lead tonight before bedtime:

Years ago one of the Chess websites to which I would regularly surf was the Chess Cafe. (https://chesscafe.com/)

One of the main reasons to visit was the column Dutch Treat, by Hans Ree, a wonderful Chess writer. 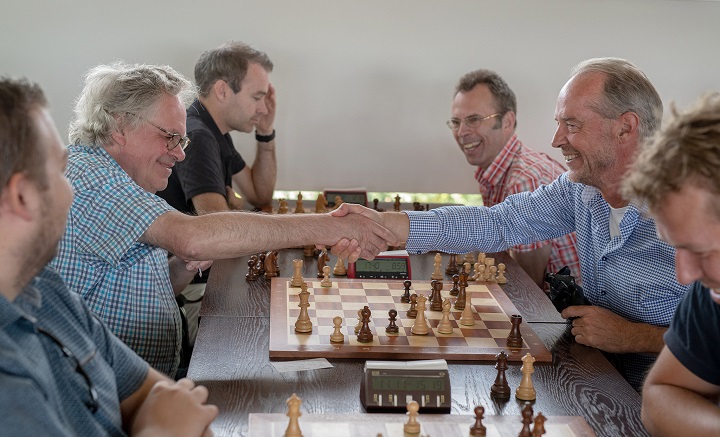 Ree with White in 2018 has just forked a pair of rooks | Photo: Frans Peeters (https://en.chessbase.com/post/hans-ree-75-years)

Chess Cafe changed format and I stopped visiting. Imagine my surprise upon discovering GM Ree was still writing the column! I began reading and did not stop until unable to access the archives. This prompted an email to Russell Enterprises.

To whom it may concern,

I have been unable to access the archives of Dutch Treat before 2019, Why?

The reply came in promptly:

Thanks for your message. There indeed seems to be a problem with the Dutch Treat Archives.

We will look into it and see what needs to be done to correct it.

Thanks for bringing it to our attention.

It was only recently I learned the DT was at your website. If I had known I would have been reading every month these last few years. I will probably mention it on the blog.

All the best to you and yours during these arduous daze…

The links have been corrected. There may be one or two that do not work, but I am told that is because the underlying page cannot be found. We are working to find it (talk about a needle in a haystack!).

Perhaps you might mention to your blog readers that our facebook page is about to become more interesting. We should be releasing the 2021 International Chess Calendar in a few weeks. Beginning April 1, we will feature a brief blurb based on the calendar entry for the day. Perhaps you could ask them to “like” the Russell Enterprises facebook page.

BTW, wou can see a sample of the calendar at: https://www.russell-enterprises.com/upcoming-publications

With the following email I informed Hanon I did not do the book of faces, but would inform readers, many of whom do utilize Facebook.

Dutch Treat can be located at: https://www.russell-enterprises.com/ 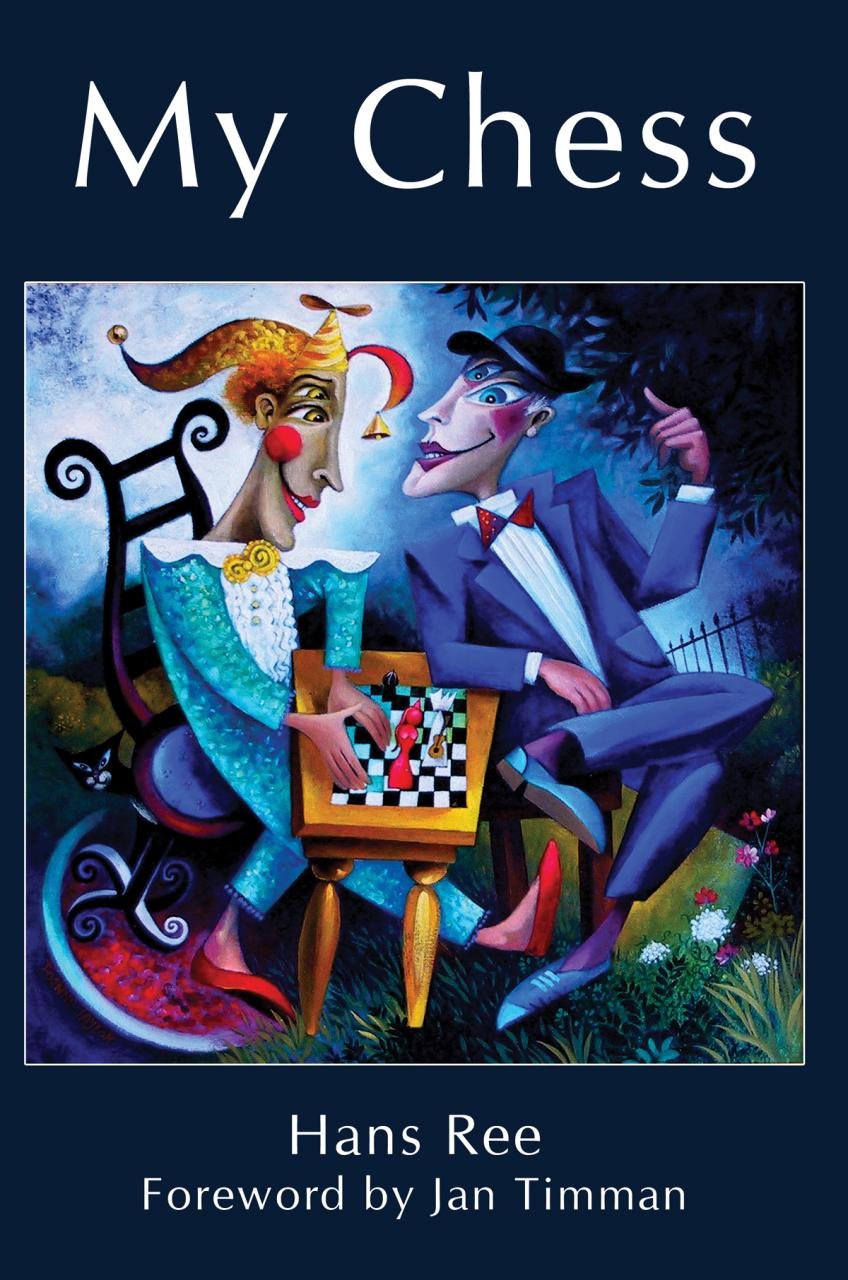 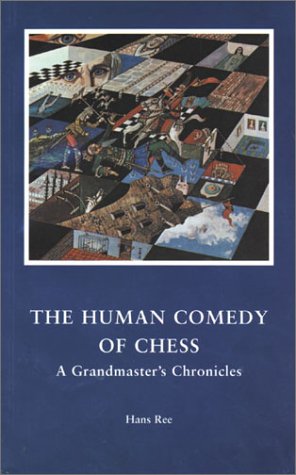 Dvorkovich in the news

Accuses Makro of Corruption and Nepotism

Arkady Dvorkovich in the pre-sanctions list of the US Treasury: New problems for FIDE? 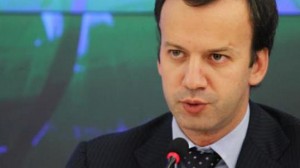 After the inclusion of its former president Kirsan Ilyumzhinov in the sanctions list of the US Treasury, the banking problems of FIDE seem to never end.

According to our sources, this week one more European financial institution, LHV Bank with branches in London and Tallinn, refused to open an account for FIDE although it is now public knowledge that Kirsan Ilyumzhinov is not running.

Facing the reality of Ilyumzhinov not getting re-elected after the infamous Glen Stark scandal, Russia replaced him with another candidate: the former Russian deputy prime minister Mr. Arkady Dvorkovich.

The problem is that Russia’s new candidate is also included in a pre-sanctions list of the US Treasury for, among others, alleged “human rights violations, annexation of Crimea and ongoing military operations in eastern Ukraine” by Russia: http://edition.cnn.com/2018/01/30/politics/full-us-list-of-russian-oligarchs-with-putin-ties-intl/index.html , a risk factor that might have influenced the decision of LHV Bank to reject FIDE as a customer, at least until the elections in October are over.
http://www.chessdom.com/arkady-dvorkovich-in-the-pre-sanctions-list-of-the-us-treasury-new-problems-for-fide/

Dvorkovich: “Hopefully, we will be able to avoid a dirty campaign”