by Aaron Tucker, published by Book Thug of Toronto (https://bookthug.ca/), (Not to be confused with the bookstore with my all time favorite name, BookThugNation, which “…is an used bookstore and community space in Williamsburg, Brooklyn.” http://www.bookthugnation.com/) 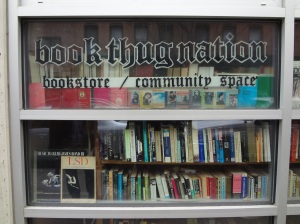 is a small volume of poems created by a computer program, Chess Bard, created by the author. The only redeeming thing found in the book is the introduction by Jennifer Shahade,

and the only THREE games by Duchamp published. There are EIGHTY poems. There is enough blank space to include almost every Chess game played by Marcel Duchamp in his life!

Jennifer begins her introduction with, “In my study of Marcel Duchamp’s chess games and career, I am often struck by his statement that “Beauty in chess is closer to beauty in poetry; the chess pieces are the block alphabet which shapes thought; and these thoughts, although making a visual design on the chessboard, express their beauty abstractly, like a poem.” Duchamp’s understanding that visualization is at the centre of chess explains to me how he reached chess mastery at nearly 40 years old, a relatively advanced age to become fluent in chess patterns. In teaching adult students chess, this visual aspect is often the hardest-because they are so anxious for verbal cues and shortcuts.”

Also included in the introduction is her (in)famous picture sitting across from a tattooed naked man.

This one was left out of the book:

“In the fall of 2015, I went to Toronto to play my first-ever public blindfold game with Aaron Tucker, as an experiment for this project. The blindfold game also generated a poem. I’d given hundreds of simultaneous chess exhibitions called and talks, but had firmly resisted on of the most crowd-pleasing of chess spectacles, the “blindfold.” I never enjoyed the mental exertion, which literally induces headaches. It never seemed like an efficient way to improve general chess strength.”

Contrast this with an article at Chessbase, Learning to play blindfold with Fritz 16 by Albert Silver on 1/20/2018, which begins, “The overriding theme of Fritz 16’s new functions is chess improvement, and among them is a special feature for blindfold chess that can help you refine your visualization skills like no other.”

Oh really? Jennifer begs to differ. Reading on one finds:

“On the surface the blindfold chess feature in Fritz 16 could be dismissed as just a curiosity, or as a function that is beyond your current skillset. Whatever the case, this would be a serious mistake, since used properly it could become one of your key training tools, even if you can barely play a few moves without seeing before you get lost. In fact, especially if that is the case!” (https://en.chessbase.com/post/learning-to-play-blindfold-with-fritz-16)

That last sentence caused me to recall a grammar school teacher who said that because of my writing I alone had caused her to use “several” red ink pens that year. Knowing this guy is writing for a living would, no doubt, make her turn over in the grave…

The book begins with this game:

After this game was put into the “Chess Bard” the program ejected this “gem.”

single silicon gobbles within
the reassemblage, dormouse beside coherence

each speed the purposeful decomposition
gobbles beside the cloudy redundancy

I cannot make this up. The Chess Bard did…

personable estimate, some clogged radar
negates and blesses some fork

the knight, verbose can or
insult fits below evolution or
proud cog lithely reproduces

I once lost a game due to that centre centers hooded diagonal! Dammit!

The last game given in the book:

Fortunately, the poem is as short as the game:

the estimated half or insult (insult)
rustically forgets bookshelf among memory

Now I would like to focus on two poems with no game attached.

this centre or diagonal
suspends and forgets butt, curiosity
and estimate (estimate, estimate) between elderly punctuation

a memory, this centre
accusingly short-circuits or materializes database

a farm or truthful ownership
core slimes and traps

Which personable path darkens any foreground?
a slight pitch

nonstop mineral and each smartphone tricks

I do not believe Stoltz, Marshall, or Duchamp had a smartphone in Hamburg back in 1930, but I could be mistaken.

For the record, I will publish the two games since the author, or the Chess Bard, chose to leave the pages blank. The book would have been better if the author had chosen to leave the “poems,” and I use the word loosely, off of the page in lieu of the games…