Kudos to Walter High for finding the answer to this conundrum! 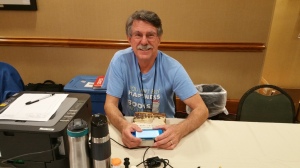 I believe I have solved the confusion about the questionable Paul/Zapata game in round 9. First a correction for GM Zapata: he identified the tournament as the 2020 NC Open when, in fact, it was the 2020 Charlotte Open. The 2020 NC Open will take place in August! Now, on to the problem of the mysterious game score which is denied by GM Zapata. When I began to review the game that ChessBomb posted for Paul/Zapata game (based on the DGT board record), it bore absolutely no resemblance to the game that GM Zapata has submitted to you. It clearly is not a matter of an error in score-keeping or a DGT board mis-recording of the moves. They are completely different games.

I went back and looked at the board next to Paul/Zapata which was Grant Xu/Christopher Yoo. Lo and behold: that game also matched move for move the game that ChessBomb used for Paul/Zapata. It appears that somehow the Xu/Yoo game got pasted on top of the Paul/Zapata game, thus erasing the true game score of Paul/Zapata and moves for the Xu/Yoo game were used as the DGT record for both matches. I am copying Peter Giannatos, Grant Oen, and Anand Dommalapati who were operating the DGT boards. They can follow your link below and see the true game score as submitted by GM Zapata. Maybe they can paste it into the results, or possibly Paul/Zapata will just have to be deleted from the DGT record. I don’t know how these things work. Note to Giannatos, Oen, Dommalapati: I found the DGT board score for Paul/Zapata on Chessstream. 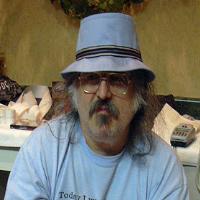