I have spent an inordinate amount of time reading several articles concerning the “postponement” of the 2020 Candidates Chess tournament, and every reply. The articles, Carlsen, Dvorkovich & Kramnik on ending the Candidates (https://chess24.com/en/read/news/carlsen-dvorkovich-kramnik-on-ending-the-candidates), and Azerbaijan National Team Writes Open Letter Regarding Radjabov, Candidates (https://www.chess.com/news/view/azerbaijan-team-open-letter-fide-radjabov), resonated deeply. In addition, an excellent article at Chessbase, Cancelled: When the war put a stop to top chess events (https://en.chessbase.com/post/cancelled-when-the-war-cut-top-events-short) was read, but does not figure into this post. It does, though, give some perspective on the situation in which Chess languishes. 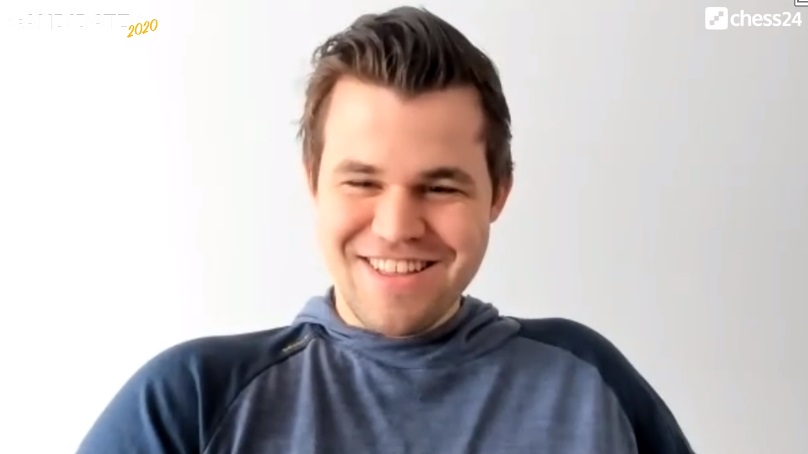 is the World Chess Co-Champion of Classical Chess, by his own admission. Magnus was unable to win even one classical game in the last match for the the World Human Chess Championship with Fabiano Caruana. 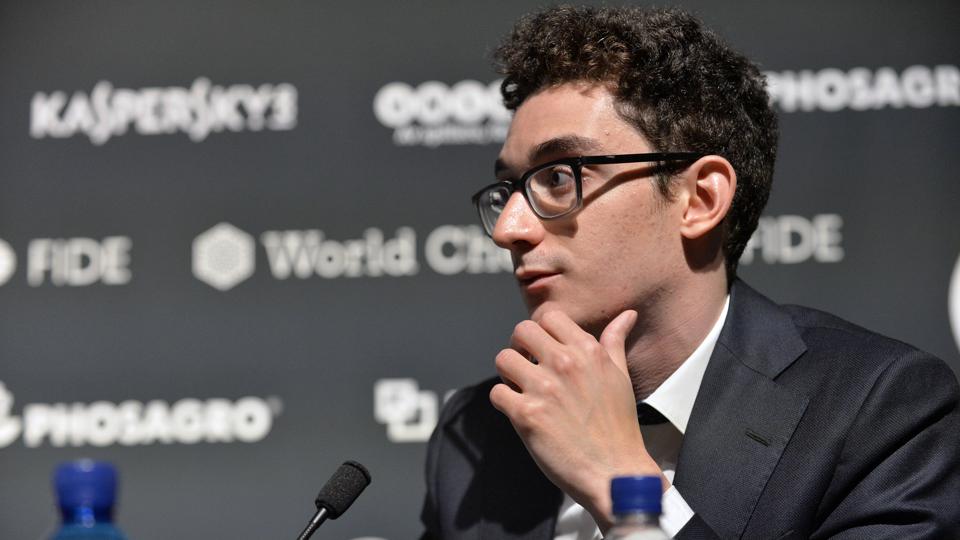 He was able to beat Sergey Karjakin

only once in the previous match. He did, though, also lose one game. Magnus is considered World Human Chess Champion only because he happens to be better at playing ‘hurry up and get it over’ Chess.

Mr. Carlsen is proof positive that Chess does not make one “smart.” From the Chess24 article:

“This is just my opinion. I think if he had wanted to play the tournament he would have played it.”

Lawrence: You think he didn’t want to play it, not related to the crisis?

“I think it’s partly but not fully. That is just my opinion. I think he was very happy to win the World Cup but he didn’t particularly fancy playing the Candidates, which I can understand. It’s an ordeal, and he had a rough time the last time [in the 2013 London Candidates Radjabov lost 7 games and finished last, 2 points behind the next player]. Obviously the corona situation gave his already I would think pre-existing opinion that he didn’t particularly want to play a lot of substance, that now he had a legitimate reason not to play. I’m not saying that his reason was not legitimate, I’m just saying that all the other guys did play and I’m sure they had concerns as well. That is just my take.

You can see that with Maxime, for instance. He stepped in on short notice and he’s not been one of the guys who’s complained at all about the situation. He’s just happy to be there, he wants to play and all of that stuff about it being a difficult situation and so on – yeah, of course it’s a difficult situation, of course it’s not the best atmosphere for a chess tournament, but you chose to be there, and so if you choose to be there then you play, you do your job and you have to trust the authorities there to make the decisions – FIDE, the Russian government and so on. As long as they feel that it’s safe to hold the tournament then you’re holding it.

Obviously the situation we have now is not ideal, but I think giving Radjabov the wild card for 2022 – that I would find just ridiculous. You could make the case that he should actually play in this one now that it’s been postponed and the situation is different. I don’t feel that way, I don’t know the law, I don’t know what is supposed to happen there, but to me it doesn’t feel justified that he should play even if it resumes, but I would understand it. But 2022… no!”

Evidently the World Co-Chess Champ of Classical Chess is a mind reader. Mr. Carlsen mentions a bad tournament by Mr. Radjabov SEVEN YEARS AGO! AS we go through life we change. An example would be the article, How your personality changes as you age, in which we find, “Our personalities were long thought to be fixed by the time we reach our 30s, but the latest research suggests they change throughout our lives.” (https://www.bbc.com/future/article/20200313-how-your-personality-changes-as-you-age) 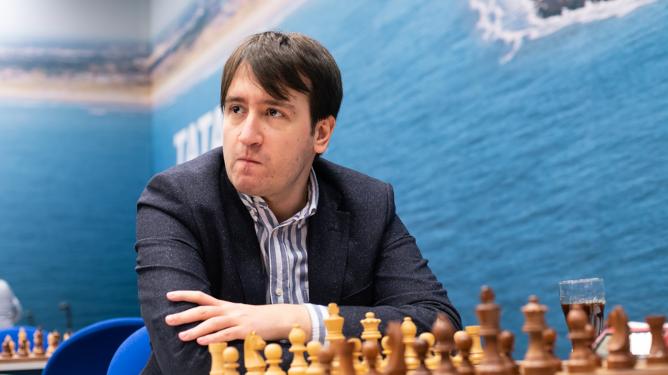 is a different person than he was in 2013. Could it be that Magnus, after playing over the recent games of Mr. Radjabov would prefer to NOT have to face Mr. Radjabov? Magnus Carlsen is twenty nine years of age and in Chess terms getting a little long in the tooth.

Consider this reply by KoustavChatterjee1:

“It’s amazing how arrogant some chess players are. They still say that Rajdabov withdrawing was because he was afraid of playing in the Candidates, even though there’s so much evidence to the contrary (him hiring seconds, the amount of prep etc).

Rajdabov is completely validated in his decision to withdraw from the event, as health and safety matters way more than chess. The players who went and played, didn’t do anything brave. They were just thinking about their careers and acting as professionals. Rajdabov sacrificed one of the best opportunities of his career for the greater good.

This thread is a perfect example as to how playing chess doesn’t correlate with being generally smart – proven by the World champ, and multiple people who commented here – who don’t realize that a tournament (no matter how important) is not worth the potential risks that a deadly pandemic entails.” (https://chess24.com/en/read/news/carlsen-dvorkovich-kramnik-on-ending-the-candidates)

Then there is this from BabarBouzouardo:

“Carlsen speaking of Radjabov: “That is just my opinion. I think he was very happy to win the World Cup, but he didn’t particularly fancy playing the Candidates, which I can understand. It’s an ordeal, and he had a rough time the last time [in the 2013 London Candidates Radjabov lost 7 games and finished last, 2 points behind the next player]. Obviously the corona situation gave his already I would think pre-existing opinion that he didn’t particularly want to play a lot of substance, that now he had a legitimate reason not to play.” … Bravo chess genius, you figured out everything about all subjects! Indeed you are a genius …! At first, Carlsen looked polite, respectful and rather kind. It was the time when, as a teenager, he was accompanied to chess tournaments by his father. He then gradually became a young man and his father was no longer in the picture; at this point you could see a change in his character. He became more and more provocative, aggressive. Now that he has become world champion and is on the threshold of the 30 year age group, he clearly got a swollen head/ego and he has become an arrogant character full of himself. Is Carlsen infected with the Trumpitis virus? … Or, is he just a chess genius and simply an idiot? … Carlsen can now, disrespect competitors and fart higher than his ass as long as he is champion and get away with it, and with no consequences! But even the great Kasparov had to give way to a younger player by the age of 37 and even retire at 40! …. So what could an idiotic Carlen do, he who has not learned a thing, or known something, about reality and life. Once his chess lights will dim out, what will he do and how will he live in society? … I guess in contempt and bitterness!” (https://chess24.com/en/read/news/carlsen-dvorkovich-kramnik-on-ending-the-candidates)

I have been amazed at some of the things heard and read. WAKE UP PEOPLE! COVID-19 is not simply going to blow away with the wind. Things will most definitely NOT return to normal, whatever your interpretation of what is ‘normal’. For example:

“Americans need to prepare for the possibility of COVID-19 coming back as a seasonal illness,” Dr. Anthony Fauci said during a White House press briefing on Wednesday.

Fauci, director of the National Institute of Allergy and Infectious Diseases and a member of the White House Coronavirus Task Force, said there have been cases in Africa and the Southern Hemisphere, which is approaching colder seasons.

“If they have a substantial outbreak, it will be inevitable that we’ll get a cycle around the second time,” he said.”

People in the Chess world need to understand that, in the immortal words of Bob Dylan:

In a fight between life and death Chess becomes irrelevant. 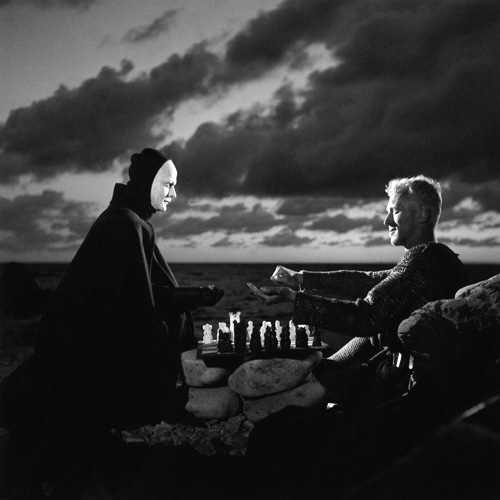 One thought on “Is Magnus Carlsen Infected With The Trumpitis Virus?”