I enjoyed every minute spent reading this wonderful book.

It was so interesting the book was completed in only a couple of days because I simply could not put it down. From the inside front cover jacket one reads, “Sasha Chapin is a victim of chess. (“I am still a victim of chess. It has all the beauty of art – and much more. It cannot be commercialized. Chess is much purer than art in its social position.” Marcel Duchamp) 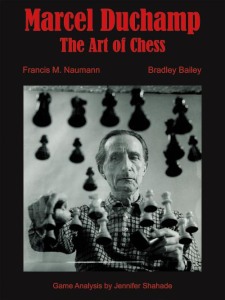 – the game has consumed his life and his mind.”

Which means, even though he is a writer by trade, he is one of us! On the inside jacket one finds, “Sasha Chapin is an award-winning journalist and recovering chess enthusiast.”

I have yet to win an award for writing and I am still recovering from the years spent playing the Royal game.

The book begins, “Anyway, like most people, I became obsessed with chess after I ran away to Asia with a stripper I’d just met.”

I had been hooked, lined, and sinkered after reading only the first sentence! The stripper was Courtney and she “…made an impression.”

From experience I know most strippers make an impression or they find another line of work.

Courtney suggests they “do drugs together – specifically Psilocybe cubensis, aka magic mushrooms. “Doing shrooms with somebody instantly acquaints you with about half of who they are.” Unfortunately, as often happens when dealing with the opposite sex, “I became sullen and Courtney became moody and erratic.” What to do? “”Since we were going crazy, I suggested we take a trip to Bangkok.”

Courtney runs out of money and decides to return to Toronto earn it the old fashion way.

“She left just before Christmas, so I was alone on New Year’s Eve in our Chiang Mai apartment…”

“In January I was writing six pieces at once, but in February I was barely writing one. My credit card balance crept up; I observed it with no particular emotion. And as I predicted, there was no sign of Courtney.” That’s when my troubles really started. That’s when life as I know it began. Not that I knew that at the time. The future never announces itself. Your destiny is quietly prepared offstage, until the hour when it emerges, saying something like, “Knock, knock, motherfucker.” Elena arrived in the apartment bearing a contagious excitation about the most recent leg of her travels.”

“Nepal is so interesting,” she said.

“There’s a blockade, gasoline isn’t making it over the Indian border, nobody can do anything and, like, everything is paralyzed.”

“That sounds good. Should I write a story about it?”

And Sasha was off to Kathmandu.

“So I did – a story about the incredibly complicated domestic tensions there, which I barely understood, even after extensive research. Essentially all I knew was that reporters should talk to people, so from the moment I landed in Kathmandu, I began a conversation with everyone who engaged me in more than a moment of eye contact. During the ungainly process, after after ambling down an arbitrary lane, I found myself in a rubble-strewn square presided over by a group of chess hustlers – strong players who make their salary on small-wager games with suckers like me.”

You know what comes next: “He opened the game in the most common fashion, by playing e4. This was the only opening move Bobby Fischer 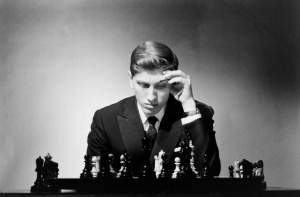 enjoyed playing; he called it “best by test.” In response I played the move e6-the first move of the French Defense. The French Defense was an old friend of mine that I hadn’t seen since I was a teenager. I hardly recognized it when I saw it on the board, although we had once been intimately familiar. It was my weapon of choice when I played on my hippie alternative school’s Pawnishers.”

This is how the first chapter concludes, and how the book begins. Now you know how I became hooked, lined, and sinkered.