After reading the previous post a reader asked if an article, Open Letter from US Chess to FIDE — Venues for World Championship Events published January 4, 2018 at the USCF website prompted the AW post. I was unaware of the USCF “Open letter” until after publishing. I do not often go to the USCF website because I think of it as the USSCF website. That is, United States Scholastic Chess Federation. Frankly, I find the site moribund. There are so many better, more informative, and interesting Chess websites in webland that USCF has been left behind.

By US Chess|January 4, 2018|Administration, News

The US Chess Federation believes World Championship events should be held in venues accessible to all of FIDE’s member federations. Chapter 01 (Status, Principles and Aims of FIDE) of Section A (Administrative Subjects) in the FIDE Handbook, Paragraph 1.2 clearly states:

“FIDE is concerned exclusively with chess activities. It rejects discriminatory treatment for national, political, racial, social or religious reasons or on account of gender. FIDE events (competitions, congresses, meetings) may be hosted only by Federations where free access is generally assured to representatives of all Federations.”

The US Chess Federation respectfully asks FIDE to abide by its own handbook and to not award events to states where travel to the venue is not generally open to all of the member federations. Continued selection of problematic venues brings negative press about the game of chess and distracts from the international spirit of competition and friendship our game promotes.

As with the 2017 Women’s World Championship held in Iran, and the recently held Rapid & Blitz World Championships in Saudi Arabia, FIDE’s disregard of its own policies and handbook is very troubling – it is a disturbing pattern that calls into question the organization’s commitment to its founding principles. The US Chess Federation calls for a renewed commitment by FIDE leadership to hold events in accordance with handbook Section 1.2.

This can be found here: https://new.uschess.org/news/open-letter-us-chess-fide-venues-world-championship-events/

Now that is what some would call a “strongly worded response.” I am not one of them. USCF obviously has never heard the old Chess expression of the threat being stronger than its execution. Rather than quaking in their collective boots, FIDE pooh-bahs could be heard laughing while rolling on the floor after reading the USCF “protest.”

I am proud to report the AW has an exclusive with the FIDE response: 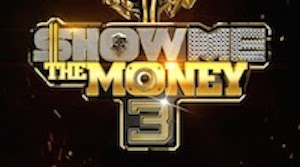 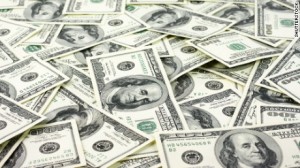